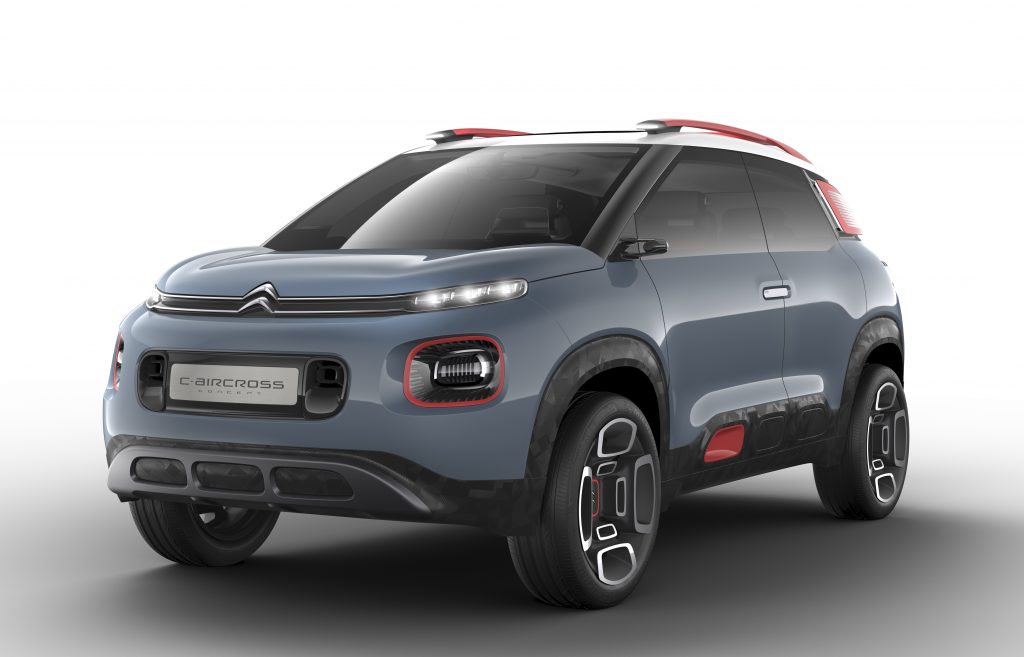 Meanwhile, they have to keep selling cars in a ferociously competitive European market.

That mix of anxiety about the future, and the need to market hot products today, will mark the 87th Geneva International Motor Show. The show convenes Tuesday and Wednesday at the Palexpo center next to Geneva’s airport for two days of vehicle unveilings to journalists and CEO interviews. It then opens to the public Thursday and runs through March 19.

Here are major themes likely to mark the show.

A key trend at the Geneva show will be the shift from minivans to small sport-utility vehicles, which combine car-like features such as plush interiors and sleeker rooflines with off-road features like high clearance.

PSA Group’s Citroen C-Aircross concept is expected to replace the current C3 Picasso. General Motors Co.’s Opel will show off its Crossland X, a model that turned out to be a sign of things to come: it was developed with the PSA Group, which has agreed to purchase Opel. The deal is expected to be announced Monday.

In SUVs, consumers like the rugged, utilitarian look and the higher riding position, which gives drivers a feeling of safety, says Tim Urquhart, principal analyst at IHS Automotive. And for the companies, “you can sell the same technology for a higher margin,” Urquhart said. Small SUVs can re-use many of the mechanical foundations of small cars, spreading manufacturing costs.

In the higher price range, Range Rover’s Velar boasts a six-cylinder gasoline engine that reaches 100 kph (62 mph) in only 5.3 seconds.

Other model launches include the convertible version of the E-Class from Daimler AG’s Mercedes-Benz luxury brand; Daimler’s Mercedes-AMG performance division will offer a station wagon with a big 4.0 liter engine and acceleration like that of a sports car — 0-100 kph (0-62 mph) in 3.5 seconds. Not to be outdone in the family transport department, rival BMW is coming ahead with a station wagon version of its 5-Series.

The Huayra Roadster from Italy’s Pagani stands out with a bold curve running from roofline through roof pillar to the hood. It’s powered by a gigantic 6.0 liter, 12-cylinder engine turning out 764 horsepower.

Companies with assembly or parts production in Britain — such as Ford, General Motor’s Opel division, BMW, and Nissan — face decisions about what to do with investment and production there as Britain prepares to leave the EU.

Prime Minister Theresa May is due to trigger Brexit this month, starting two years of negotiations on a new trading relationship between Britain and the EU. The main concern is whether Britain leaves without retaining some access to the EU’s tariff-free single market. The auto industry is vulnerable as it depends on the supply of parts that cross many borders before a car is complete.

Similar uncertainty is coming from Trump’s talk of a tax on imports from factories in Mexico. It’s a potentially big development — though it hasn’t happened yet.

The auto industry has sunk billions into developing new electric cars, but they won’t stand out at the Geneva show as they did at the Paris show last year, when Volkswagen and Daimler both made a big deal about battery-powered concept cars.

Consumers are held back by obvious drawbacks: limited range, the need to find a place to charge up, higher price and doubts about battery lifetimes. Lower oil prices have also held back adoption.

Carmakers are betting that the day of the electric car is coming, in part because of government emission limits and concerns about air quality in cities around the world. And battery capacity keeps improving. But the tipping point where large numbers of people opt for a car you have to plug in remains several years off at the very least.