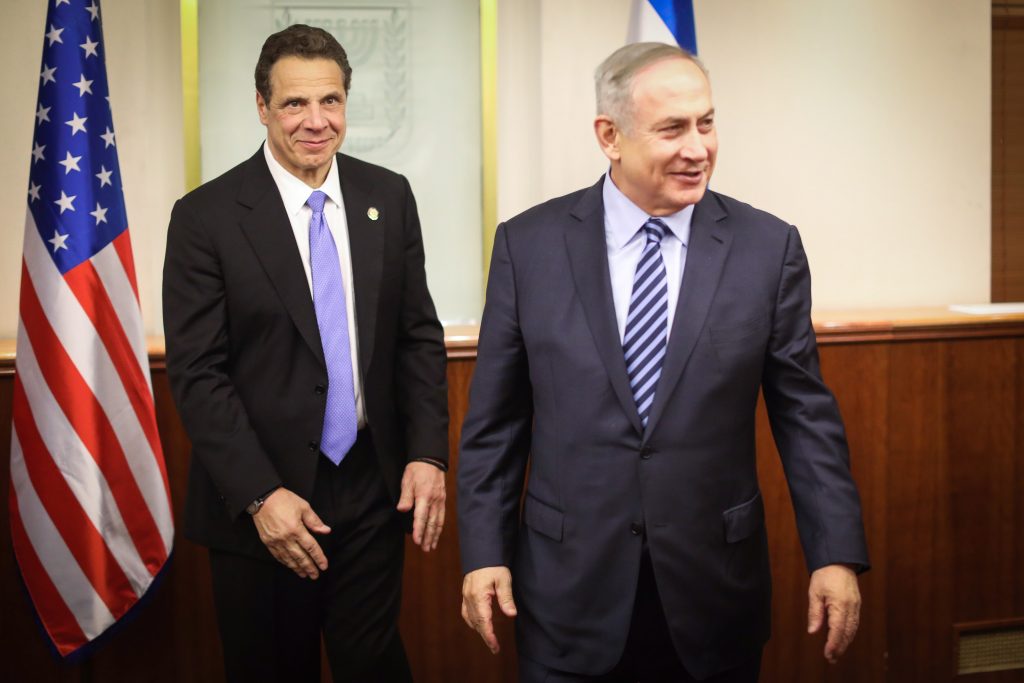 Visiting Israel, Gov. Andrew Cuomo said Sunday that a recent rash of anti-Semitic acts in the United States was “reprehensible” and his state would have no tolerance for them.

On a visit to Israel, Cuomo made his first comments following the toppling of headstones at a Jewish cemetery in Boro Park. It followed a series of vandalism attacks at Jewish cemeteries and more than 120 bomb threats to Jewish organizations in three dozen states since January.

Speaking at Yad Vashem, Cuomo says the incidents “violated every tenant of the New York State tradition.” He said the state has posted rewards and put together a special police unit to combat the phenomenon.

“New York State by its definition is a celebration of diversity, it accepts all, we believe in the spirit of inclusion and we live by discrimination of none. New York’s principles are built on a rock they will not change and the political wings will not change them,” he said, alongside Israeli President Reuven Rivlin. “We have made it clear that there will be no tolerance for these acts of anti-Semitism.”

He also hosted a New York State-Israel Economic Development working lunch with Nir Barkat, the mayor of Yerushalayim. The Democrat used the occasion to announce the launch of the New York-Israel Commission, a 22-member coalition which will be responsible for creating a framework to strengthen economic and cultural ties.

Mort Zuckerman, publisher of The Daily News, who went along, will serve as honorary chair, and the OU’s Allen Faigin, Conference of President’s Malcolm Hoenlein, Linda Mirels and Commissioner of ESD Howard Zemsky will serve as co-chairs.

Also on the commission is Sol Werdiger, CEO of Outerwear and chairman of the board of trustees of Agudath Israel, and Michael Miller, CEO of the Jewish Community Relations Council of New York.