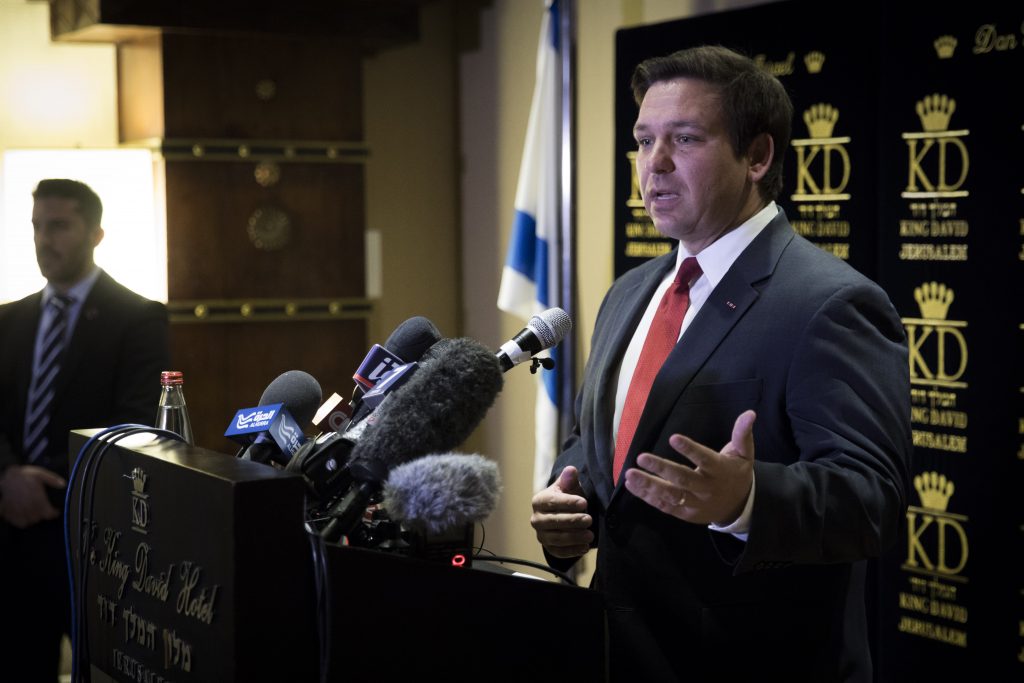 The proposal to move the U.S. embassy to Yerushalayim has not been shelved, according to the head of a congressional delegation looking into the matter.

“The American people are excited to see the embassy move to Jerusalem after fifty years,” said Chairman of the House Subcommittee on National Security Ron DeSantis (R-Florida) during a “fact-finding” visit to Israel on Sunday.

DeSantis reportedly said that President Donald Trump is “a man of his word” who will follow through on his promise to move the embassy. “I think this is going to happen,” he told reporters.

The congressman also brushed aside reports that the Israeli government had asked the White House to put the move on hold. On the contrary, DeSantis said Israel wants the move.

“I also met with Netanyahu and everyone [in the government] were in favor. Maybe Netanyahu is waiting for the confirmation of the new ambassador. In my opinion, [the delay in the relocation] is a logistical problem.”

Despite threats of retaliation from Palestinians and the Moslem world since President Trump began speaking about the embassy in the last days of the 2016 campaign, DeSantis was unfazed.

“I can’t know what will be in the future. I do know that there are advantages to moving the embassy, and one of them is honesty. We have to be honest that Jerusalem is the capital [of Israel]. There is no real argument about that at all. America stands behind its ally, Israel. Just as we condemned the U.N. [Security Council] resolution, we stand by our friend’s side.”