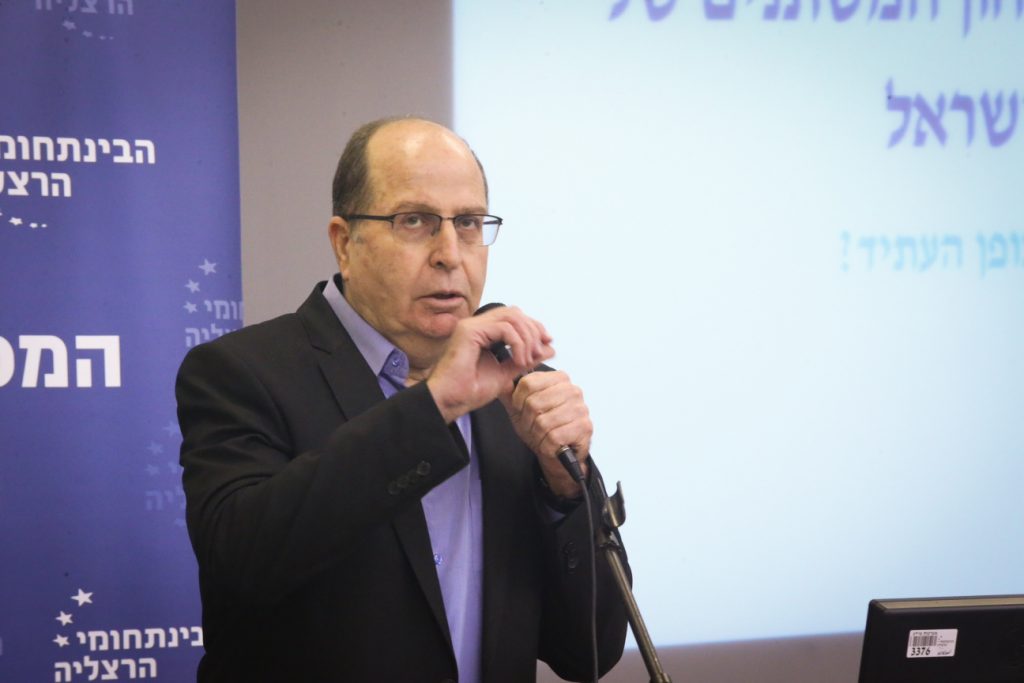 Just days after his actions as IDF Chief of Staff were criticized in the State Comptroller’s report on Operation Protective Edge, Moshe Yaalon announced over the weekend that he was establishing a new party that would challenge Binyamin Netanyahu and the Likud. Aimed squarely at moderate-right voters, Yaalon said that his party sought to take the leadership of the country away from what he termed the “far right political forces” that have taken over the Likud.

“I decided to give up the post of Chief of Staff because I felt I needed to do something politically for the country,” Yaalon said at a public forum in Tel Aviv. “We need political strength to steer the nation in the right direction. The threats to Israel from within today are greater than those from without. We are dealing with corruption, hatred, and threats to the rule of law, the High Court, and the media.”

While Yaalon sees himself as a key player in the formation of the next government, he stopped short of saying that he would take his party to elections. “I am building a political power base but I am leaving our options open. I would be happy to join forces” with another party, or with forces within the Likud who are seeking to unseat Netanyahu. “Yitzchak Rabin and Ariel Sharon knew how to set goals,” he said, in criticism of Netanyahu. “There are many within the Likud who are not comfortable with the current situation.”

Commenting for the first time on the Comptroller’s report – which stated that, under his leadership, the IDF failed to meet the threat of the Hamas terror tunnels and to set strategic goals for the war – Yaalon said that “there is no war, no battle that does not contain mistakes. You always have to learn lessons.” As far as the tunnel threat was concerned, Yaalon is satisfied that the IDF handled the threat correctly. “No citizens were harmed because of the tunnels. If we followed the ‘slogans’ (such as reentering Gaza) there would have been many more killed in the operation.” The report, he added, is being used by politicians who are seeking to harm Netanyahu.