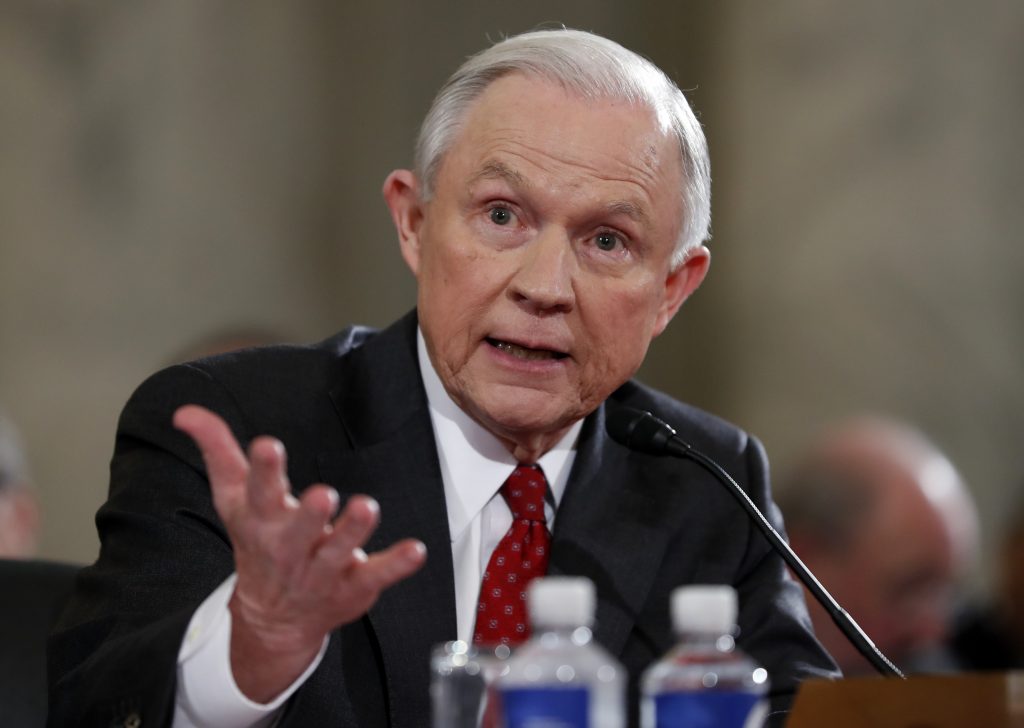 Attorney General Jeff Sessions will reply in writing to Senate Democrats’ questions about his meetings with Russia’s ambassador last year, the Justice Department said on Fridayafter a top Republican denied Democrats’ request for a public hearing.

Nine Democratic senators sent a letter earlier Friday asking Judiciary Committee Chairman Chuck Grassley to call Sessions before his panel to explain his failure until this week to disclose his contacts with the Russian ambassador during the presidential campaign.

The letter came a day after Sessions, the country’s top justice official and a key ally of President Donald Trump, removed himself from any investigation into alleged Russian meddling in the election.

Grassley replied that he had no plans for a hearing.

Instead, Sessions on Monday will submit written answers to questions posed in the Democratic lawmakers’ letter, such as why he did not come forward sooner to detail his communications with Russian Ambassador Sergei Kislyak, Justice Department spokesman Peter Carr said.

On Thursday, Sessions said he met Kislyak in his Senate office two months before the election as well as at an event with other ambassadors at the Republican National Convention.

During the Senate confirmation process to become attorney general, Sessions denied having any contact with Russian officials during the campaign.

Sessions told reporters he had done nothing wrong by failing to disclose the contact with Kislyak. The Washington Post first disclosed the meetings on Wednesday.

Many Democrats, who are pushing for a broad probe of ties between President Trump’s campaign associates and Russian operatives, called for Sessions to resign.

President Trump, however, has backed his attorney general and accused Democrats of blowing the issue out of proportion for political purposes.

On Friday, he accused Chuck Schumer, the top Democrat in the Senate, of double standards for having met Russian President Vladimir Putin himself.

“We should start an immediate investigation into Sen Schumer and his ties to Russia and Putin. A total hypocrite!” Trump wrote in a tweet that included what appeared to be an old picture of Schumer and Putin smiling as they ate donuts.

Schumer, who has called for Sessions’s resignation, responded in a tweet that he was willing to swear under oath that his contact with Putin and the Russian leader’s associates occurred in 2003 and in public with the media present.

Two U.S. officials, speaking on condition of anonymity on Thursday, said Sessions was one of many subjects of a government investigation of any contacts between President Trump’s campaign and Russia.

While there is nothing legally wrong with such meetings, the reported contacts raise questions about the White House’s statements that it knew of no further communications with Russian officials beyond those by ex-national security adviser Michael Flynn, who was fired last month.

U.S. intelligence agencies concluded last year that Russia hacked and leaked Democratic e-mails during the election campaign as part of an effort to tilt the vote in Trump’s favor. The Kremlin has denied the allegations.

President Trump called frequently during his campaign for improved relations with Russia, which have been deeply strained in recent years over Moscow’s military interference in Ukraine, its support for President Bashar al-Assad in Syria and Putin’s intolerance of political dissent.

With his administration on the defensive over Russia, President Trump’s enthusiasm seems to have cooled, and his top foreign policy advisers have begun talking tougher about Moscow.