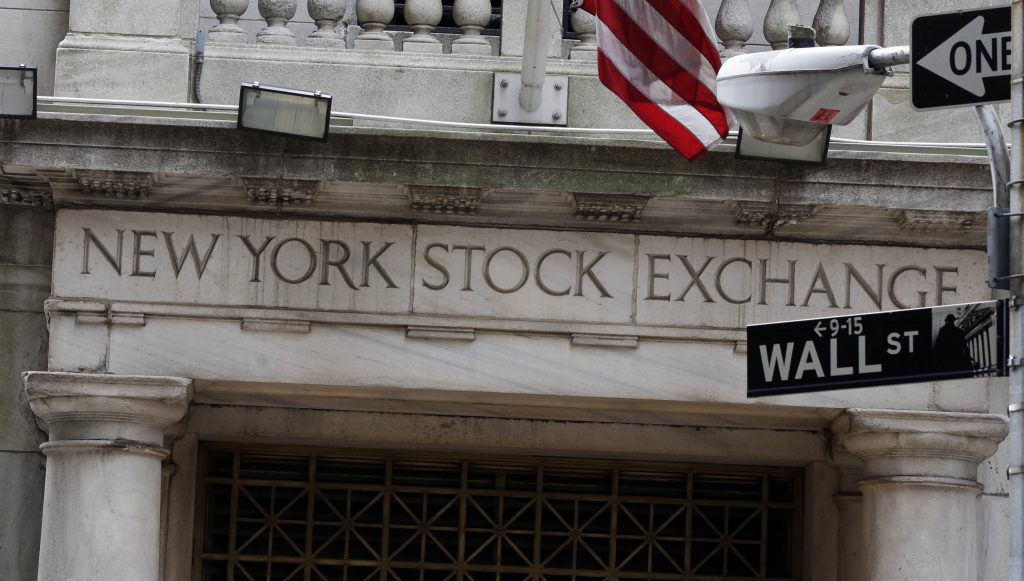 Real-estate companies led U.S. stock indexes lower in morning trading Friday, extending the market’s losses from a day earlier. Energy stocks bucked the trend and rose as oil prices headed higher. Investors were looking ahead to a speech by Federal Reserve Chair Janet Yellen later in the day in hopes of gleaning whether the central bank will raise interest rates again later this month.

LOOKING FOR CLUES: Several Fed officials have signaled in recent days that the central bank is ready to resume raising interest rates as soon as this month, citing a strengthening U.S. economy, signs of higher inflation and a surging stock market. Investors will be listening for Yellen’s view later Friday, when she gives a speech in Chicago on the Fed’s economic outlook. Traders in futures markets have already put the probability of a rate hike at 75 percent, according to data tracked by the CME Group. Just last week, that probability had been pegged at well below 50 percent.

BIG-BOX DISAPPOINTMENT: Costco slid 4.2 percent a day after the warehouse club operator reported earnings that missed estimates. Costco also said it is going to raise its membership fees. The stock fell $7.39 to $170.59.

SAD FACE: Revlon slid 4 percent after the beauty-products company said its business suffered in the fourth quarter as consumers continued to do more shopping online and at specialty retailers during the year-end shopping season. The stock lost $1.35 to $32.70.

SALES SLUMP: L Brands fell 1.9 percent after the retailer disclosed a big decline in its sales in February. Its shares dipped $1.03 to $52.38.

DARK CLOUDS: Nutanix tumbled 19 percent after the enterprise cloud platform services provider gave a forecast for the third quarter that was worse than Wall Street had expected. The stock gave up $5.93 to $25.20.

EXCEEDING EXPECTATIONS: Big Lots climbed 3.6 percent after the discount retailer reported a larger profit than analysts had expected. The stock added $1.88 to $54.13.