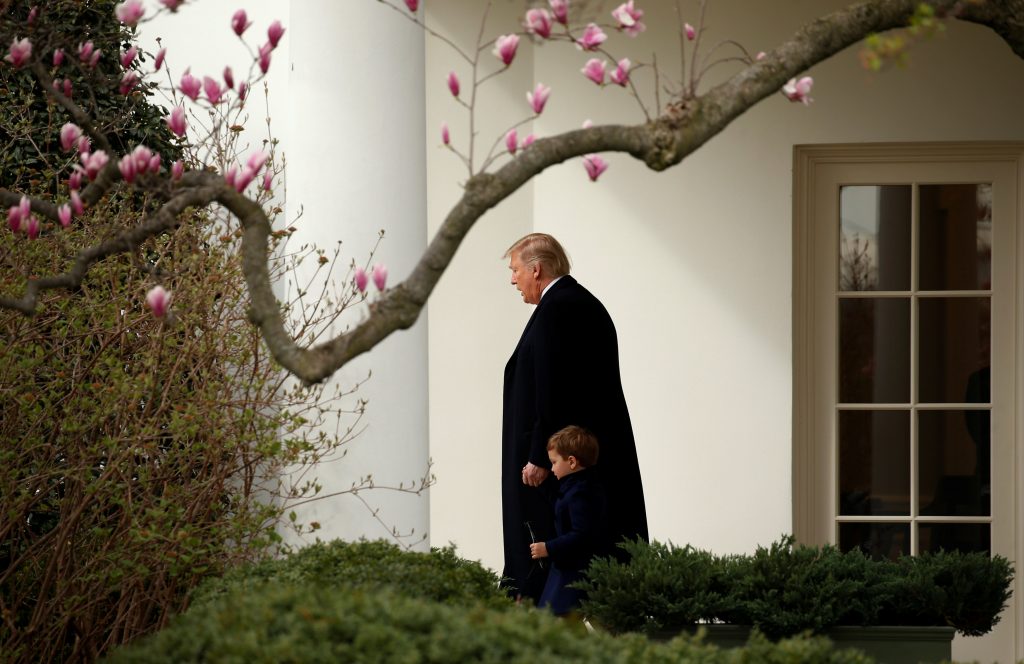 President Donald Trump will be visiting a private, religious school in Florida on Friday, signaling that his education agenda will focus on school choice.

The president will tour St. Andrew Catholic School in Orlando, a private institution that teaches 350 children from pre-kindergarten to eighth grade. He is expected to drop in on classrooms and meet with parents, teachers and administrators, the White House said.

This will be Trump’s first visit to a school since becoming president. Teachers’ unions were quick to criticize the plan, saying it shows Trump’s hostility toward public schools and his intention to turn education into a profit-making industry.

During a speech to Congress this week, Trump called education “the civil-rights issue of our time” and asked legislators to pass a bill that would fund school choice for disadvantaged youth, including minority children. He did not offer any details.

Among his guests at the speech was Denisha Merriweather, who used Florida’s school-voucher program to attend a private high school that she credits with turning her life around. Many of St. Andrew’s students attend the school using the same voucher program as Merriweather, said White House spokesman Ninio Fetalvo.

Education Secretary Betsy DeVos, who was traveling with the president, has a long history of promoting charter schools and vouchers. Teachers unions strongly opposed her nomination, fearing that she intends to defund public schools.

White House spokesman Sean Spicer said earlier this week that education is “a top priority” for the president.

“He has said many times before that education has the ability to level the playing field for the next generation,” Spicer said, adding that Trump “is determined to provide choice for every parent and opportunities for every child, regardless of their zip code.”

Randi Weingarten, president of the American Federation of Teachers, said that by visiting a private, Catholic school Trump was continuing his “ideological crusade” and advancing his plan of “criticizing, undermining and proposing the defunding of public schools and instead trumpeting private alternatives.”

Weingarten said that in many cases voucher programs — publicly funded scholarships given to low-income families to help them cover private school tuition — have not improved children’s academic outcomes. She added that voucher programs are often not transparent in how they spend public dollars and in what the kids are taught.

“To borrow a word from President Trump — it’s so ‘sad’ that the president and his secretary of education have demonstrated such an antipathy toward public schools,” Weingarten said in a statement. “Trump is in Florida to push choice and a backdoor voucher proposal as a way to turn education into a commodity.”