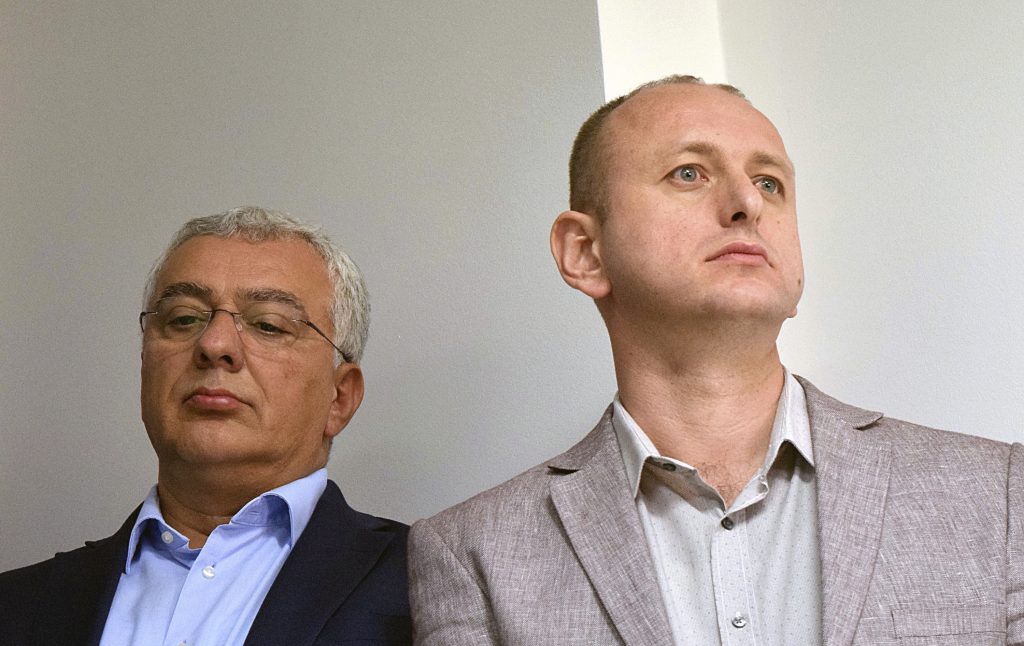 Two opposition officials, Andrija Mandic and Milan Knezevic, wrote in a letter to Steve Bannon, a senior adviser to U.S. President Donald Trump, that the U.S. Senate should vote against the accession. The vote has been stalled because of objections by two senators.

The Associated Press obtained a copy of the letter on Friday.

Trump’s stand on NATO, which he once described as an “obsolete” organization, and his positive remarks about Russian President Vladimir Putin have caused worries in Montenegro that the small country could be left without U.S. support amid the Kremlin’s expanding influence in the Balkan region.

The Montenegrin opposition has boycotted parliament since the October election, when the country’s pro-Western government accused it of attempting a pro-Russian coup that allegedly included plans to take over power and kill the then-prime minister, Milo Djukanovic, because of his NATO bid.

The letter, written on behalf of a coalition of opposition parties called the Democratic Front, warned that the security situation in Montenegro is “very complex” and that “the matter of relations to NATO demands exceptional caution.” It added that Bannon should gain a “clear picture” of the situation before the final approval.

Mandic and Knezevic alleged that the U.S. has been presented with “false facts and superficial information” about Montenegro by the Obama administration.

They said Montenegro has been deeply split between those who seek NATO membership and those who reject it.

“Montenegrin society does not have a unique attitude regarding the admission to NATO as falsely alleged by the former administration in Washington,” the letter stated. “In reality, Montenegro does not meet the criteria for admission to the Euro-Atlantic alliance because it cannot ensure its own internal stability and democratic system.”

Russia has strongly opposed NATO expansion in Europe, especially if it brings countries like Montenegro that were considered close allies of Moscow into the military alliance.