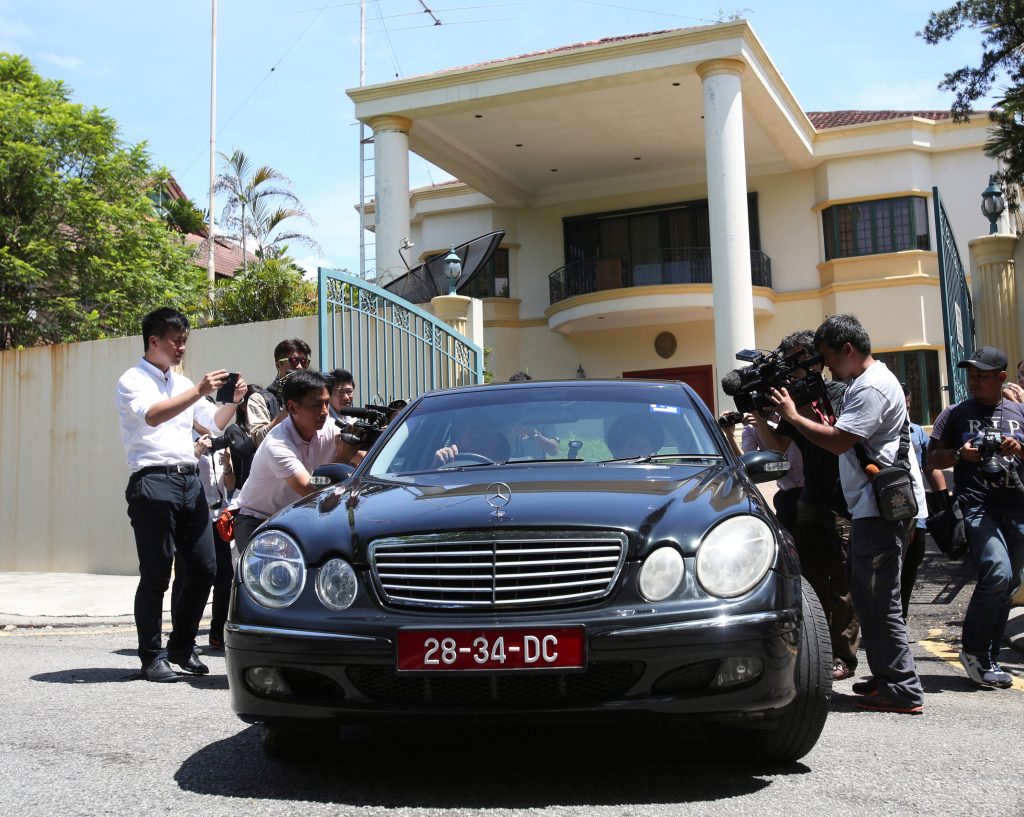 Malaysia has stepped up security checks at all border crossings to stop North Koreans linked to the murder of the estranged half-brother of North Korean leader Kim Jung Un from leaving the country, Malaysia’s police chief told Reuters.

So far, prosecutors have charged two women – an Indonesian and a Vietnamese – with the murder of Kim Jong Nam on Feb. 13, in an assassination using a super toxic VX nerve agent that killed the victim in minutes.

While two women were seen on security camera footage assaulting Kim Jong Nam in Kuala Lumpur International Airport, police are looking for others involved in the operation, including whoever supplied them with the VX, which is listed by the United Nations as a weapon of mass destruction.

Malaysian police identified eight North Koreans wanted in connection with the case, but the only one they apprehended, a man named Ri Jong Chol, was released on Friday due to insufficient evidence and was set to be deported after a week in custody.

Inspector General of police Khalid Abu Bakar told Reuters on Friday that “at least two of them” were believed to be still in Malaysia.

He did not name them, though police have said that they want to question 44-year-old Hyong Kwang Song, a second secretary at the North Korean embassy in Kuala Lumpur; 37-year-old Kim Uk Il, a staffer at North Korean airline Air Koryo; and an individual named Ri Ji U.

Khalid said Hyong has yet to contact the police despite a request sent to the embassy, and that an arrest warrant had been made out for the Air Koryo staffer who “is missing too.”

Shahriman Lockman, a senior analyst at the Institute of Strategic and International Studies Malaysia, said it is possible that they were all hiding in the North Korean Embassy – making them virtually untouchable.

North Korea has voiced outrage at the Malaysian investigation, and does not accept that the dead man is Kim Jong Nam, though it has acknowledged the victim is North Korean.

“This can go on for some time,” Shahriman said.

Meantime, officers have stepped up checks at all border checkpoints, including at jetties, airports and land routes to stop any of the suspects skipping the country, Khalid told Reuters via text messages.

The other four suspects are believed to have left the country on the day of the murder and made their way back to North Korea by air, traveling via Indonesia, Dubai and Russia.

Malaysian police have requested help from Interpol to apprehend them.

Malaysia has canceled visa-free entry for North Koreans entering the country from March 6 as ties between two countries that had maintained friendly relations for decades became increasingly strained.