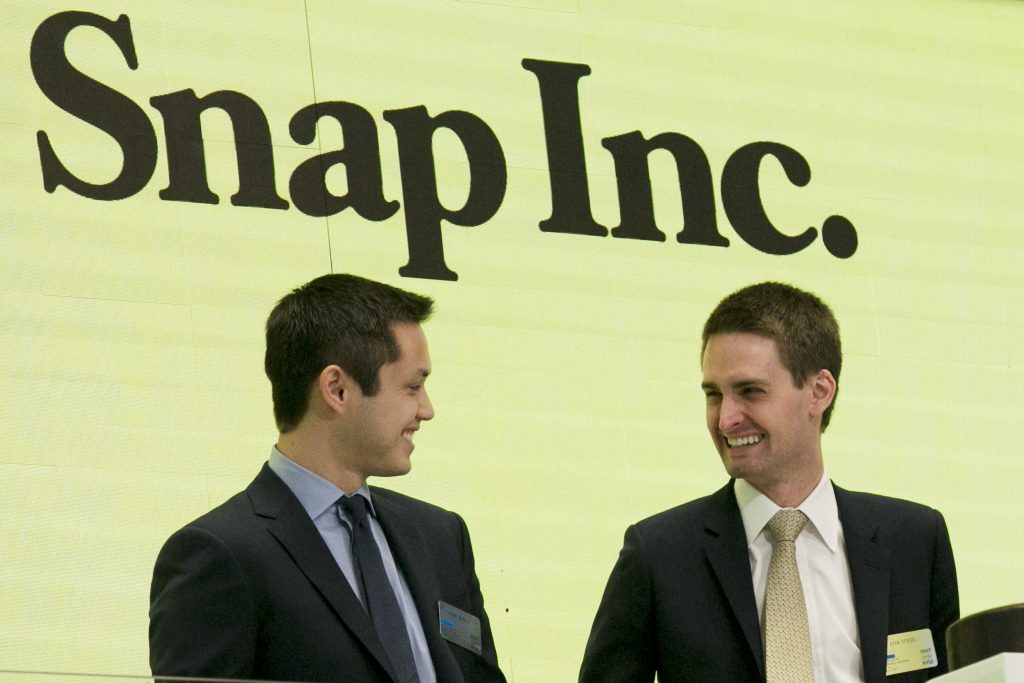 The company behind Snapchat is trading sharply higher in its Wall Street debut.

It had priced its initial public offering of 200 million non-voting shares at $17 each on Wednesday. That was above the expected range of $14 to $16.

Snap’s IPO is one of the most anticipated for a technology company since Twitter’s in 2013. That, in turn, had created the biggest stir since Facebook took its first bow on Wall Street in 2012. Twitter is now valued at $11 billion, while Facebook is $395 billion. Snap’s pricing valued the Los Angeles company at $24 billion.