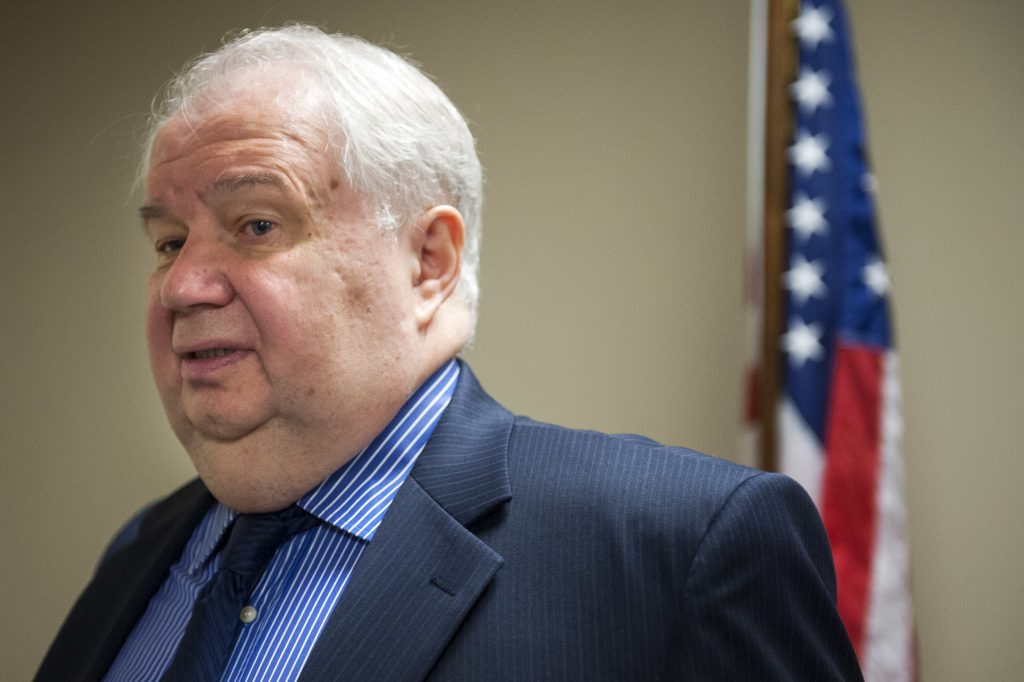 The intense attention being given to the new U.S. attorney general’s meetings with Russia’s ambassador could obstruct improved Washington-Moscow relations, the spokesman for Russian President Vladimir Putin said Thursday.

The spokesman, Dmitry Peskov, told reporters he did not know about the meetings last year between Ambassador Sergei Kislyak and Jeff Sessions, who at that time was a U.S. senator. Sessions also was a policy adviser to President Donald Trump’s campaign.

News of the two meetings has added fuel to the controversy over whether Russia was improperly involved with President Trump’s campaign. It spurred calls in Congress for Sessions to recuse himself from an investigation into alleged Russian interference in the U.S. presidential election.

Peskov said it was normal for Russian diplomats to meet with U.S. lawmakers. Sessions’ office has said the meetings were in his capacity as a senator rather than as a Trump campaign adviser. He characterized the reaction to the news of the Sessions meetings as “an emotional atmosphere [that] leads to resistance to the idea of some kind of U.S.-Russia dialogue.”

A spokeswoman for the Russian Foreign Ministry, Maria Zakharova, told The Associated Press that the Russian Embassy would not comment on meetings with American political figures, but she also said they were part of the embassy’s “everyday business.”

Zakharova echoed Peskov’s assessment in a briefing on Thursday, saying U.S. news media were overreacting to suggestions of improper contacts between Russia and President Trump’s circle.

“What is happening now in the West, particularly in the U.S. media, it’s just the manifestation of some kind of media vandalism,” she said.

President Trump has repeatedly said that he wants to improve relations between Moscow and Washington. But Moscow appears frustrated by the lack of visible progress, as well as by the support from Trump administration officials for continuing sanctions imposed on Russia for its interference in Ukraine.

Some Russian news media have cast the controversies over President Trump and Russia as attempts by the Democratic Party to undermine President Trump’s agenda.

But others suggest that Moscow may have been overly hopeful for a swift reversal of long-standing U.S.-Russia tensions.

“You still want to stay in this sweet dream called ‘Trump,’ always pushing away unpleasant news from across the ocean like you fumble for an incessant alarm clock and try to turn it off without opening your eyes and staying under the covers,” commentator Sergei Strokan wrote in the business-focused newspaper Kommersant.