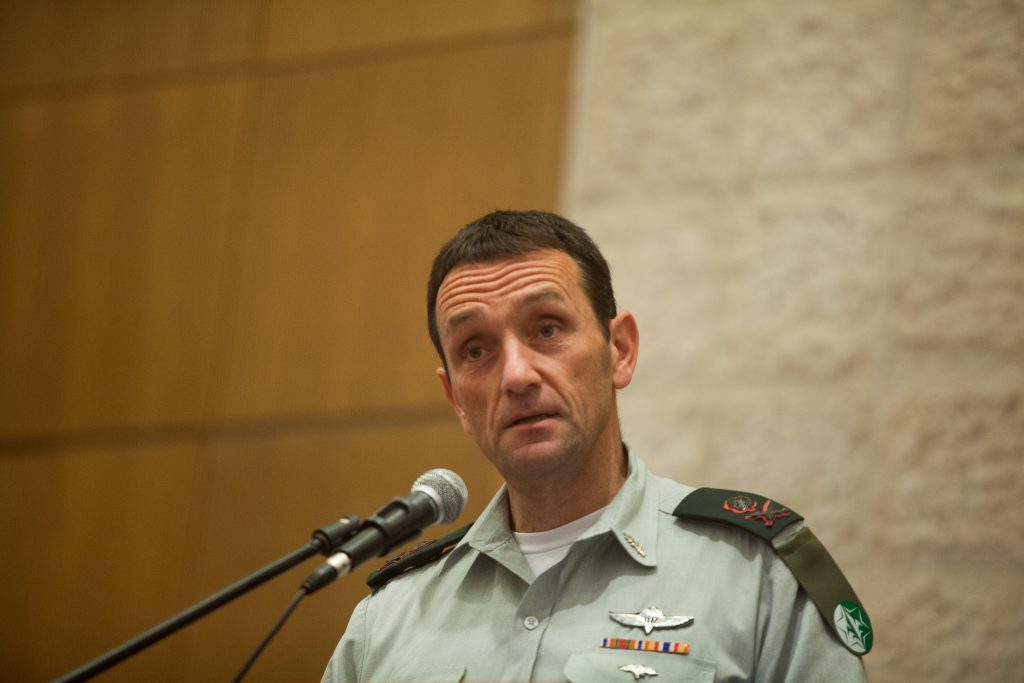 Head of Military Intelligence General Herzy Halevy told the Knesset Foreign Affairs and Defense Committee that despite their bluster, Hamas and Hezbollah are not interested in war with Israel right now. Speaking to the Knesset Foreign Affairs and Defense Committee, Halevy said that Hezbollah was “depressed” over the number of terrorists it has lost in the Syrian civil war, while Hamas was still licking its wounds from the damage Israel inflicted on it in Operation Protective Edge.

According to Haaretz, which quoted sources who were present at the closed presentation, Hezbollah is “aging out” as a terror organization. Many of its senior members are nearing the age of 60, and their best fighters have been tied down defending Bashar al-Assad’s regime in Syria, where some of their top terrorists have been killed. Hezbollah will only be willing to fight Israel when it finishes fighting in Syria, and then only after a period of rebuilding. With that, he added, the terrorist group could probably count on help from the regular Lebanese army in the event of a new round of fighting, unlike in the past, when it fought Israel alone.

In Gaza, the problem is that Hamas is overwhelmed by the infrastructure and other problems in Gaza. Residents of Gaza, as well as of Palestinian Authority-controlled areas of Yehudah and Shomron, are “at the end of their rope,” and are rebelling against the ongoing poverty and repression they face.

Unlike in the past, when politics was behind their rebellion — which took the form of the intifada against Israel — the next uprising of PA Arabs will be based on these frustrations, which are highlighted by the fact that they are so behind economically. Halevy recommended that, in the absence of a final-status solution, Israel take major steps to improve the economic position of PA Arabs.

Halevy also discussed Iran, and said that the prospective cooperation between the United States and Russia could quell Tehran’s hegemonic aspirations. Although Russia is perceived as being very active in defending the Assad regime, the United States is even more active in Syria, although its activity is more furtive. However, Moscow does not see Hezbollah or Iran as long-term strategic partners, a development which was positive for Israel. According to Halevy, Russia plans on remaining in Syria for a long time to come, and has been contracting facilities with leases of up to 50 years.