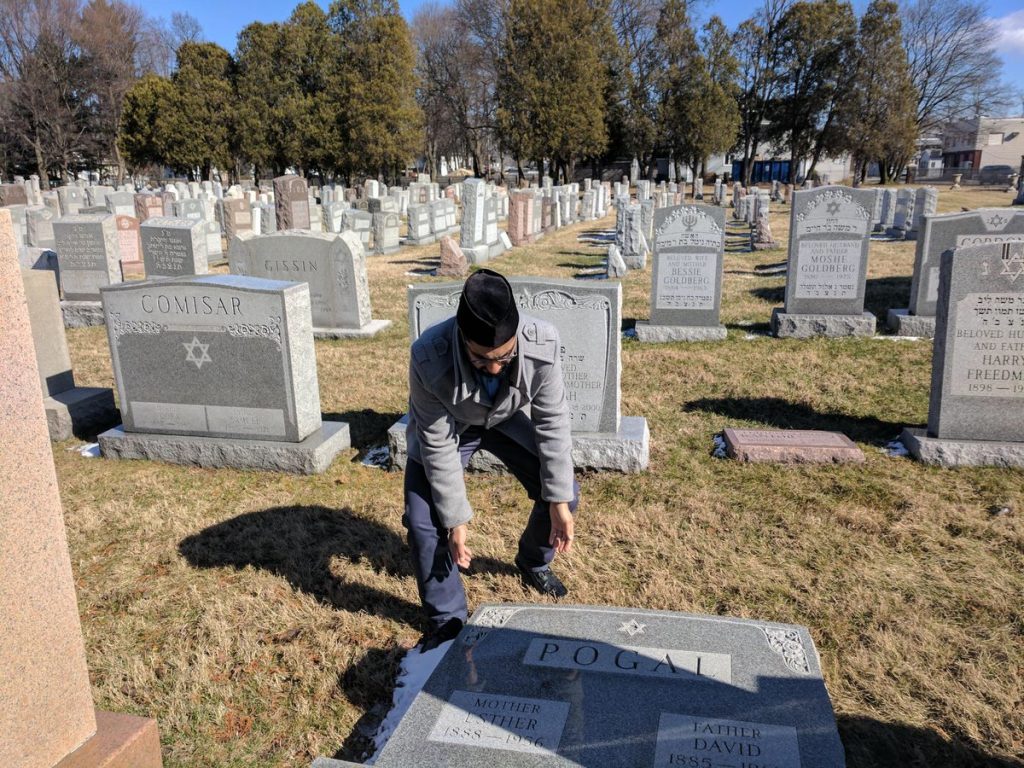 In comments reported by the Democrat & Chronicle, Jewish leaders expressed differing views over whether to consider the incident an anti-Semitic hate crime.

Phillips noted that whereas some tombstones were defaced and spray-painted in the recent instances of vandalism at Jewish cemeteries in Missouri and Philadelphia, “there was no defacing” of the gravestones in the Rochester cemetery.

But the Jewish Federation of Greater Rochester viewed this vandalism in context of the recent surge in anti-Semitic incidents across the country, including bomb threats at various Jewish locations, particularly Jewish Community Centers.

“We are deeply disturbed by rising acts of anti-Semitism across the country, including bomb threats made to Jewish community centers, Jewish day schools, and synagogues,” Karen Elam, the Federation’s director of community relations, said in a statement. “We encourage our elected officials to continue to denounce publicly these actions and call on local, state and federal law enforcement to investigate and swiftly bring the perpetrators to account.”

In a statement Thursday, Governor Andrew Cuomo said that “given the wave of bomb threats targeting Jewish community centers and disturbing vandalism at Jewish cemeteries nationwide,” he is “directing the state police to immediately launch a full investigation into” the incident at the Vaad Hakolel cemetery.

“New York has zero tolerance for bias or discrimination of any kind, and we will always stand united in the face of anti-Semitism and divisiveness,” said the governor. “It is repugnant to everything we believe as New Yorkers, and we will continue to do everything in our power to bring to justice those responsible for these cowardly attacks on the values we hold dear.”

On Wednesday, Department of Homeland Security (DHS) Secretary John Kelly had announced that DHS was reaching out to the Jewish community following the recent wave of anti-Semitic acts.

“Over the past several weeks, the country has seen unacceptable and escalating threats and actual harassment directed at faith-based communities around the country, with a particular focus on threats to Jewish Community Centers,” said Kelly in a statement. DHS “is working closely with Jewish communities to advise and support on protective measures they can put in place to help keep people in their community safe. DHS has Protective Security Advisors (PSAs) in all 50 states who serve as liaisons to government, industry, and community leaders, and who provide expertise on protective measures, threat reporting, and security awareness.”

DHS’ National Protection and Programs Directorate spoke Wednesday with the Executive Directors of the Jewish Community Center Association of North America, stressing “the renewed community-level outreach on the part of DHS,” and providing “information on federal assistance available,” said Kelly.

“The right to worship and commune within and across faiths is fundamental to the American experience and our way of life. DHS will continue to support communities across the country to preserve these fundamental freedoms.”