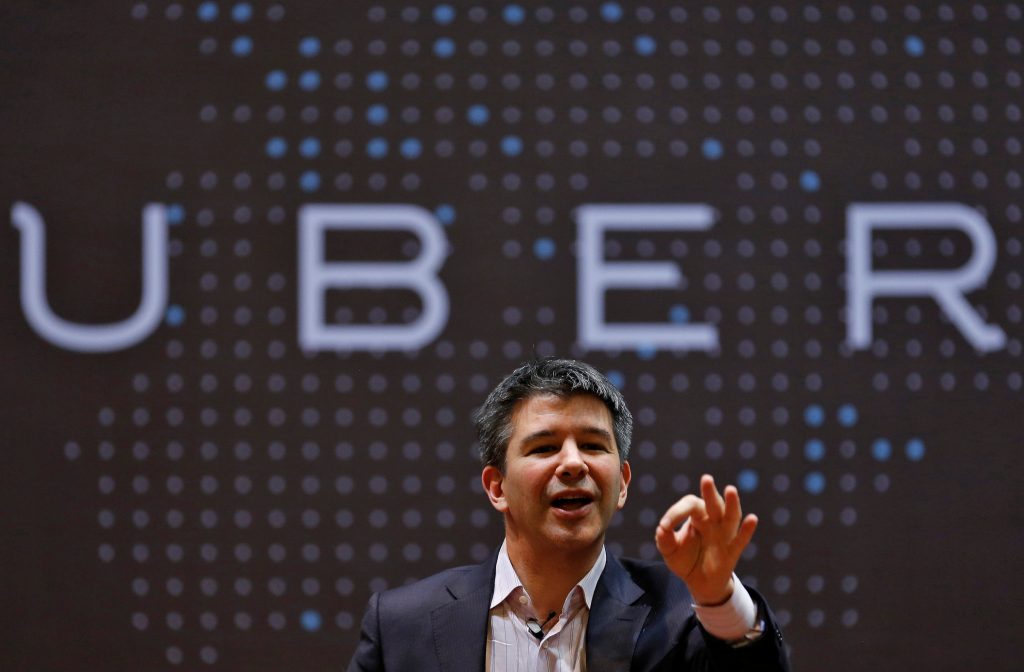 The face-off between Uber CEO Travis Kalanick and driver Fawzi Kamel illustrated a conflict between Uber, with its effort to grow by cutting prices to beat competitors, and drivers who have seen their pay reduced.

The video of the argument — caught on dashcam and now viewed more than 3 million times online — includes yelling and harsh language, ends with a combative Kalanick dismissing an agitated Fawzi’s claims that sharp reductions in fares forced the driver into bankruptcy.

Harry Campbell, who drives for Uber in California, says driver pay has gone down while Uber’s corporate valuation has grown to over $60 billion. “I think a lot of drivers feel that Uber always looked out for themselves first and foremost and relegated drivers to a second tier,” he says.

“What we’re looking at in that video is 21st-century mobility technology and 19th-century labor relations,” said Harley Shaiken, a labor expert and professor at the University of California, Berkeley.

The video exchange comes after a month of trouble for the ride-hailing behemoth including a lawsuit alleging technology theft and a social-media campaign encouraging riders to delete Uber’s app over claims that the company tried to capitalize when New York taxi drivers protested against President Trump’s immigration order.

Uber’s rivals claim that drivers have been defecting since Uber’s problems started piling up. Business experts expect more defections among Uber’s 400,000 drivers, and even some riders, after the Kalanick video, despite his public apology. Some rivals boast of better pay for drivers, and some allow tips through their apps, unlike Uber. Still, drivers say they get more business with Uber because of its greater size and reach.

Kalanick denied that Black fares had been cut, but conceded that prices were reduced for Uber’s general service, UberX, due to competition. “Otherwise you go out of business,” he says.

The 40-year-old CEO begins shouting as Kamel says again that the Uber Black prices were reduced. Kamel claims to have lost $97,000. “I’m bankrupt because of you.”

“Some people don’t like to take responsibility for their own [problems],” Kalanick shouts. “They blame everything in their life on somebody else. Good luck,” he says, slamming the door.

Campbell, the California driver, says most drivers aren’t surprised by Kalanick’s behavior. “We always knew that the CEO was pretty ruthless when it comes to drivers.”

Campbell, like a number of drivers, works for both Uber and its biggest rival, Lyft. He won’t stop driving for Uber, but may shift more business to Lyft.

Lyft said its ridership and driver applications have grown significantly since the first of the year, while Fasten, a smaller ride-hailing competitor in Boston and Austin, Texas, said its business has boomed since the “Delete Uber” campaign started in late January. Fasten said its ridership rose 25 percent in Boston the first week of the campaign. New riders are up 10 percent.

Amelia Serafine, a former Uber driver in Chicago, says, “The [drivers] that I talk to already think that Uber treats them like garbage. That’s why the driver confronted the CEO.”

Shaiken, the University of California professor, says Uber is squeezing its drivers on prices, refusing to recognize them as employees and dictating terms such as pricing without their input.

Uber declined comment on the controversies but points to a survey showing that 73 percent of its drivers don’t want to be employees. More than 60 percent drive fewer than 10 hours per week, the company says.

Uber says on its website that drivers are paid based on distance and time it takes to transport someone. In Los Angeles, for instance, that’s 15 cents per minute and 90 cents per mile during off-peak times. There’s also a $1.65 booking fee. A 9-mile trip from West Hollywood to Downtown would cost $15. Uber says it takes roughly one-quarter of a fare.

Lyft would not answer specific questions about the same Los Angeles trip. The company says it takes 20 to 25 percent of the fare. Each company also has incentives for drivers to carry more passengers.

Uber says drivers make around $19 per hour in the top 20 U.S. markets. But experts say the take is much lower when gasoline, insurance and the cost of a car including interest on loans are figured in.

Lyft pays better in Chicago and allows tipping through its app, but Uber gets a driver more business, Serafine says. Most drivers will pick Lyft over Uber given the choice, she says. Uber recently allowed tipping, but it has to be done in cash.