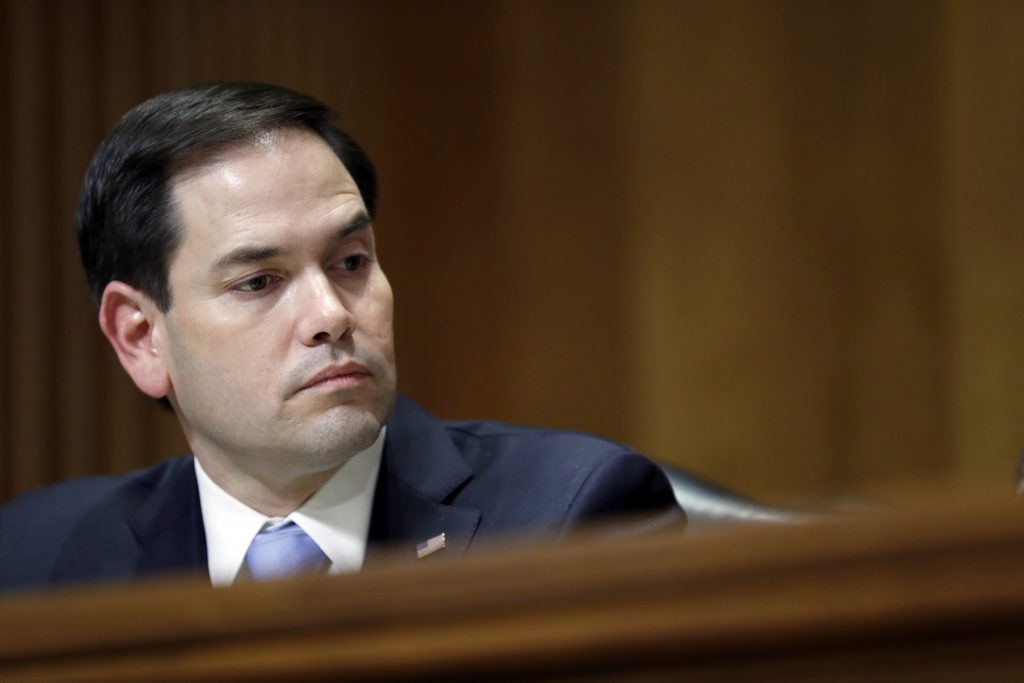 Vocal crowds of demonstrators making weekly visits to the Tampa, Florida, office of U.S. Sen. Marco Rubio have gotten the Miami Republican evicted from the building.

The owner of the nine-story office center notified Rubio’s office on Feb. 1 that it will not renew the lease. The building’s owner says the rallies have become too disruptive to the other tenants and a costly security expense for the company.

Several groups who oppose President Donald Trump’s agenda have gathered at least once a week at the building, lining up on the sidewalk to wave signs and shout messages.

Rubio’s seven statewide offices have been lightning rods for demonstrations. Gatherings in front of the Tampa office have surpassed 150 people.