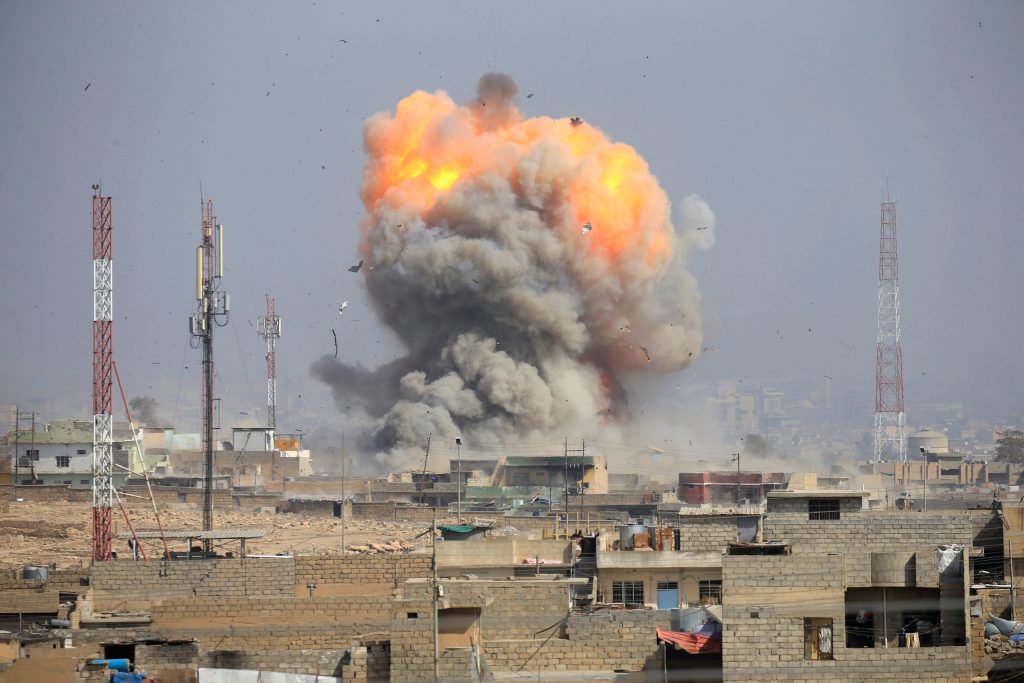 U.S.-backed Iraqi army units on Wednesday took control of the last major road out of western Mosul that had been in the hands of the Islamic State terrorist group, a general and residents there said, trapping the terrorists in a dwindling area within the city.

The army’s 9th Armored Division was within a mile of Mosul’s “Syria Gate,” the northwestern entrance of the city, a general from the unit told Reuters by telephone.

“We effectively control the road, it is in our sight,” he said. Mosul residents said they had not been able to travel on the highway that begins at the “Syria Gate” since Tuesday.

The road links Mosul to Tal Afar, another Islamic State stronghold 40 miles to the west, and then to the Syrian border.

Iraqi forces captured the eastern side of Mosul in January after 100 days of fighting and launched their attack on the districts that lie west of the Tigris River on Feb. 19.

If they defeat Islamic State in Mosul, that would crush the Iraq wing of the caliphate declared by the group’s leader Abu Bakr al-Baghdadi in 2014.

The U.S. commander in Iraq has said he believes U.S.-backed forces will recapture both Mosul and Raqqa, Islamic State’s Syria stronghold in neighboring Syria, within six months.