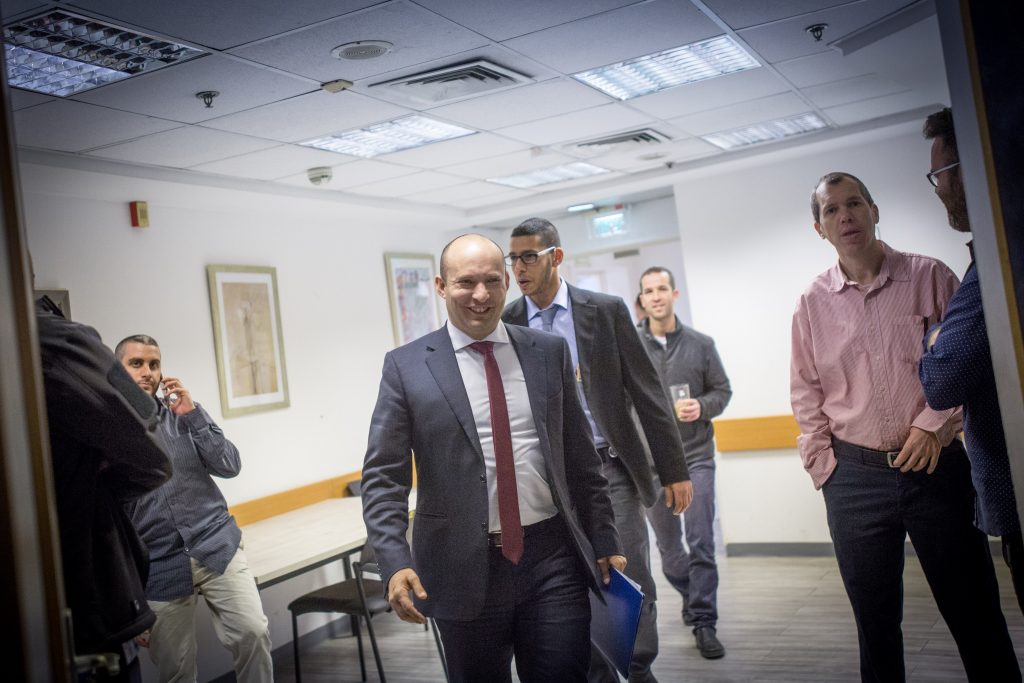 The battle over the state comptroller’s report on the Gaza war erupted full force on Tuesday, as military and civilian officials exchanged heated words with the comptroller over his allegations of serious mishandling of Operation Protective Edge in 2014.

The IDF asserted that State Comptroller Yosef Shapira’s report obsessed over the Hamas tunnels while ignoring virtually everything else that went on during the war, including other major threats.

“The IDF reflected to the Israeli political leadership the tunnel network as a serious threat, analyzed, assessed and determined its operational ramifications. Additionally, in the cabinet meetings, the IDF defined the tunnel threat as one of the five primary threats facing the State of Israel,” a statement read.

The military rejected Shapira’s contention that they did not adequately address the tunnels, saying that “no proposed existing solution, technological or otherwise to confront the tunnel threat, was overlooked prior to the operation.” The IDF stated that the military had dedicated extensive efforts to train operatives and implement a plan to locate and destroy the tunnels, and that the security cabinet was kept informed of these matters, contrary to the report’s findings.

Shapira took offense at remarks made by Israeli Prime Minister Binyamin Netanyahu on Monday which implied that the comptroller was not on the side of Israel’s brave soldiers.

“Unlike the state comptroller, I back the commanders of the IDF, the Shin Bet, and the defense establishment. The soldiers of the IDF fought fiercely and Israel is proud of them,” Netanyahu said.

“Contrary to the prime minister’s words, in the report’s introduction the state comptroller wrote the following: ‘The courage, resourcefulness, and initiative of the commanders and the soldiers allowed the IDF to fight in the tunnel-rich Gaza Strip, to push on to achieve their mission, to the best of their ability to take care of the tunnels, and to reach the achievements that they did in this operation,’” Shapira said, shortly before the official release of the report on Tuesday.

Netanyahu, along with former Defense Minister Moshe Yaalon and former IDF chief Benny Gantz, retaliated on Monday after damaging leaks from the report made their way into the Israeli media.

“The report reveals significant deficiencies in the Security Cabinet’s conduct, at whose head stands the prime minister,” writes Yosef Shapira in a statement, noting that “even those who were audited know very well that the audit was conducted in accordance with the law, by teams of skilled and professional auditors — reliably, thoroughly, and without bias.”

Not everyone in the government was unhappy with the report.

Education Minister Naftali Bennett (Jewish Home) welcomed it as vindication of his outspoken criticism of Netanyahu’s leadership and the tunnel threat during and after the fighting. In a Jewish Home meeting, Bennett quoted from approving passages in the report, which said that had he been listened to in time, the military campaign could have been carried out more effectively and with less loss of life.

The right-wing news outlet Arutz Sheva trumpeted in a headline, “Only Bennett demanded the destruction of terror tunnels.”