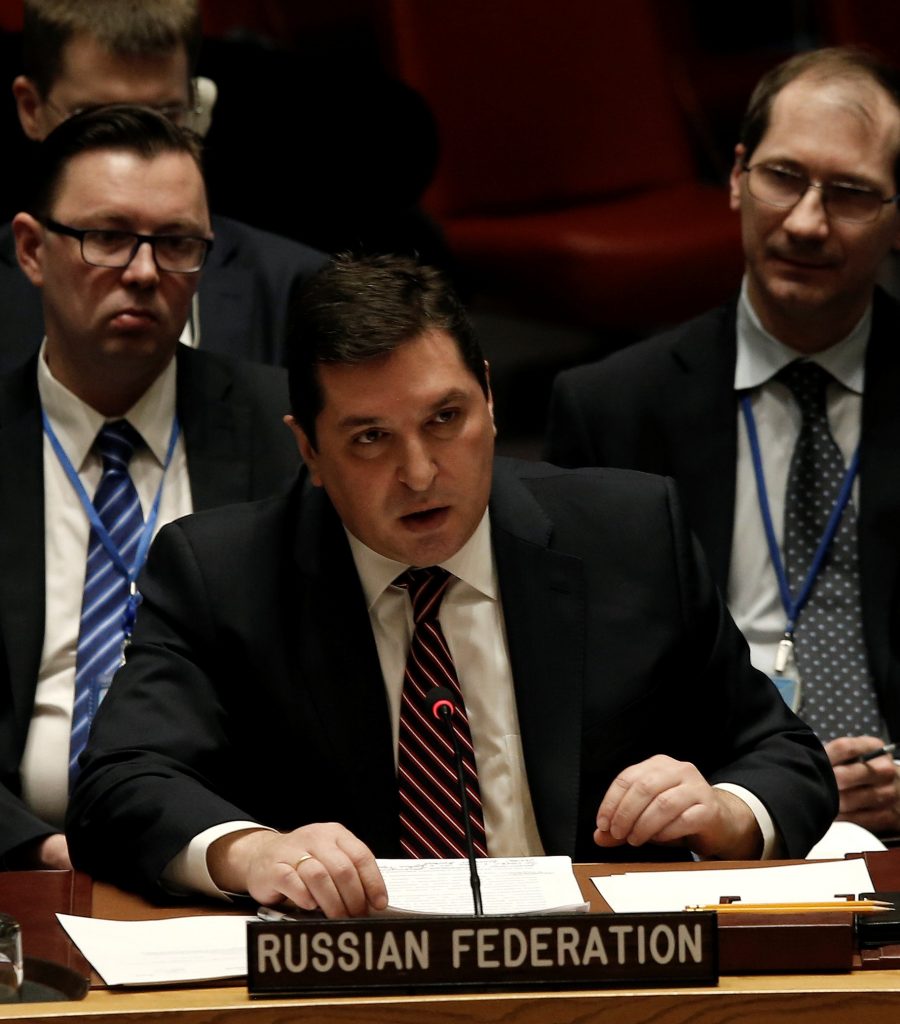 Russia and China have vetoed a Western-backed U.N. resolution that would have imposed sanctions on 21 Syrian individuals, organizations and companies allegedly involved in chemical weapons attacks in the war-ravaged country.

The defeated Security Council resolution would also have banned all countries from supplying Syria’s government with helicopters, which investigators have determined were used in chemical attacks.

In Tuesday’s vote, the resolution got the minimum nine “yes” votes. In addition to China and Russia, Bolivia voted “no.” Three countries abstained – Egypt, Ethiopia and Kazakhstan.

The vetoed resolution followed a joint investigation by the United Nations and the international chemical weapons watchdog that determined that the Syrian government was behind at least three attacks involving chlorine gas and Islamic State was responsible for at least one involving mustard gas.