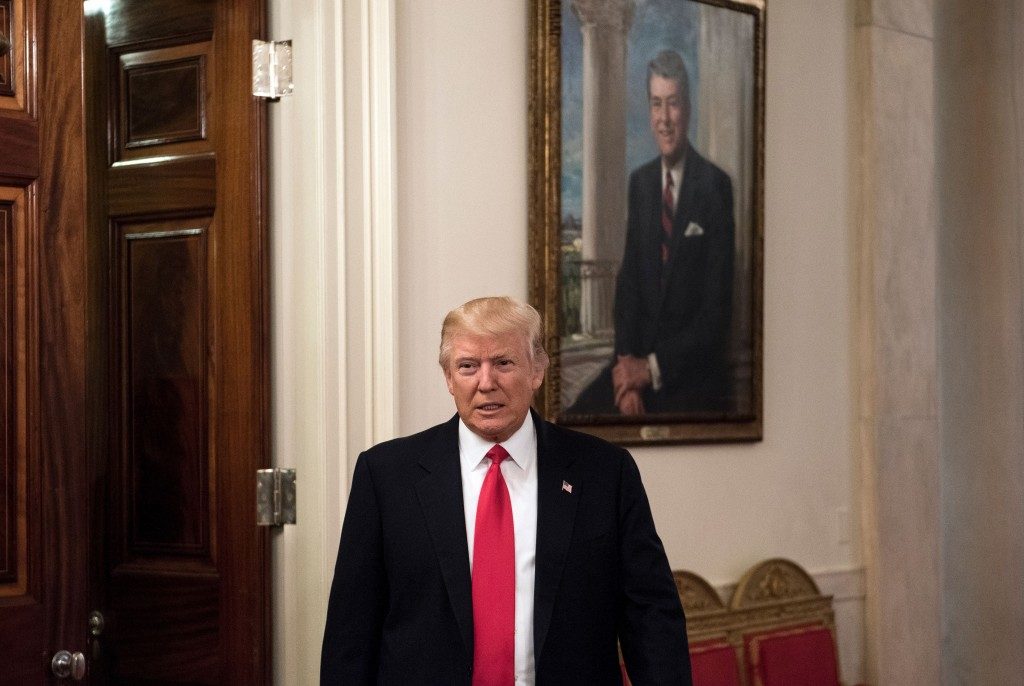 At the heart of President Donald Trump’s foreign policy team lies a glaring contradiction. On the one hand, it is composed of men of experience, judgment and traditionalism. Meaning, they are all very much within the parameters of mainstream American internationalism as practiced since 1945. Practically every member of the team — the heads of State, Homeland Security, the CIA, and most especially Defense Secretary James Mattis and national security adviser H.R. McMaster — could fit in a Cabinet put together by, say, Hillary Clinton.

The commander in chief, on the other hand, is quite the opposite — inexperienced, untraditional, unbounded. His pronouncements on everything from the “one China” policy to the two-state (Arab-Israeli) solution, from NATO obsolescence to the ravages of free trade, continue to confound and, as we say today, disrupt.

The obvious question is: Can this arrangement possibly work? The answer thus far, surprisingly, is: perhaps.

The sample size is tiny but take, for example, the German excursion. President Trump dispatched his grown-ups — Vice President Pence, Defense Secretary Mattis, Secretary of Homeland Security John Kelly and Secretary of State Rex Tillerson — to various international confabs in Germany to reassure allies with the usual pieties about America’s commitment to European security. They did drop a few hints to Trump’s loud complaints about allied parasitism, in particular shirking their share of the defense burden.

John Hannah of the Foundation for Defense of Democracies suggests that the push-pull effect might work on foes as well as friends. Last Saturday, China announced a cutoff of all coal imports from North Korea for the rest of 2017. Constituting more than one-third of all North Korean exports, this is a major blow to its economy.

True, part of the reason could be Chinese ire at the brazen assassination of Kim Jong Un’s half-brother, who had been under Chinese protection. Nonetheless, the boycott was declared just days after a provocative North Korean missile launch — and shortly into the term of a new American president who has shown that he can be erratic and quite disdainful of Chinese sensibilities.

His wavering on the “one China” policy took Beijing by surprise. President Trump also strongly denounced Chinese expansion in the South China Sea and conducted an ostentatious [warm reception for] Japan’s prime minister, something guaranteed to rankle the Chinese. Beijing’s boycott of Pyongyang is many things, among them a nod to Washington.

This suggests that the peculiar and discordant makeup of the U.S. national security team — traditionalist lieutenants, disruptive boss — might reproduce the old Nixonian “Madman Theory.” That’s when adversaries tread carefully because they suspect the U.S. president of being unpredictable, occasionally reckless and potentially crazy dangerous. Henry Kissinger, with Nixon’s collaboration, tried more than once to exploit this perception to pressure adversaries.

President Trump’s people have already shown a delicate touch in dealing with his bouts of loopiness. President Trump has gone on for years about how we should have taken Iraq’s oil for ourselves. In Baghdad last Sunday, Mattis wryly backed off, telling his hosts that “All of us in America have generally paid for our gas and oil all along, and I’m sure we will continue to do so in the future.”

Yet sometimes an off-center comment can have its uses. Take President Trump’s casual dismissal of a U.S. commitment to a two-state solution in the Middle East. The next day, U.S. policy was brought back in line by his own U.N. ambassador. But this diversion might prove salutary. It’s a message to the Palestinians that their decades of rejectionism may not continue to pay off with an inexorable march toward statehood — that there may actually be a price to pay for making no concessions and simply waiting for the U.S. to deliver them a Palestinian state.

To be sure, a two-track, two-policy, two-reality foreign policy is risky, unsettling and has the potential to go totally off the rails. This is not how you would draw it up in advance. It’s unstable and confusing. But the experience of the first month suggests that, with prudence and luck, it can yield the occasional benefit — that the combination of radical rhetoric and conventional policy may induce better behavior both in friend and foe.

Alas, there is also a worst-case scenario. It needs no elaboration.