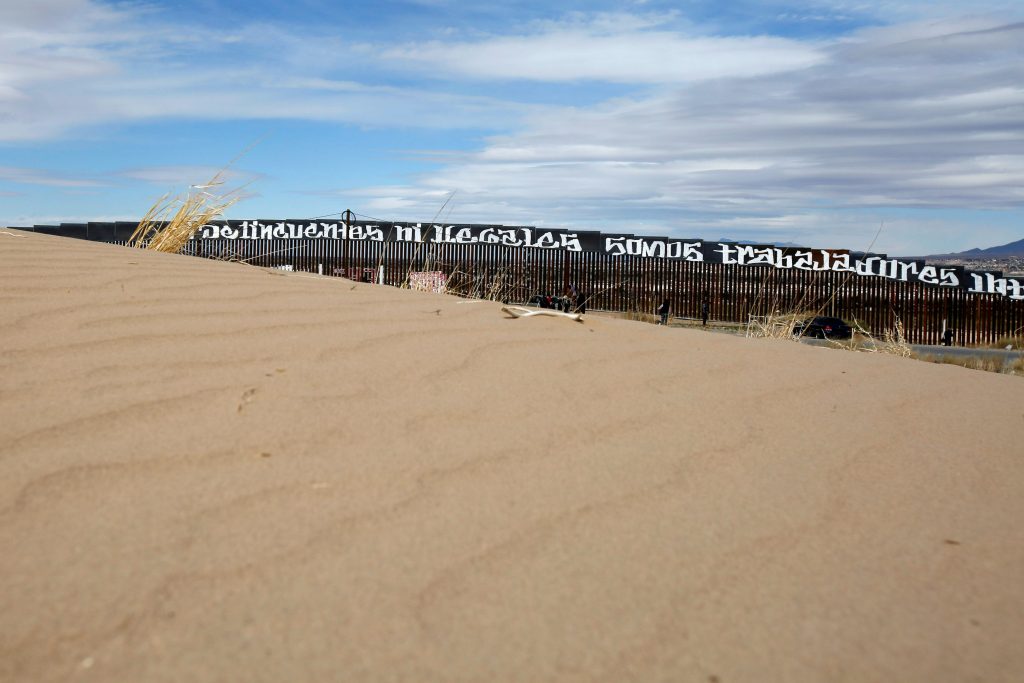 As President Donald Trump prepares to address Congress on Tuesday for the first time, a new McClatchy-Marist poll finds that even 72 percent of Trump’s own supporters want a path to citizenship for immigrants who are in the U.S. illegally.

President Trump is targeting millions of people for possible deportation. But Americans are warm to the notion that immigrants should be welcome.

“The White House is clearly not in step with where public opinion is on this question,” said Lee Miringoff, director of the Marist College Institute for Public Opinion, which conducted the nationwide survey.

Christopher Harwell, a 31-year-old Trump supporter from Columbia, S.C., said it was important to him that people in the country illegally paid a fine. If they do, he sees no problem with offering a chance at citizenship.

“If they get fined, then they would be paying the consequences,” Harwell said. “We as Americans have to do the same thing when we get in trouble, when we break the law.”

Eighty percent of all Americans want Congress to give immigrants who are in the U.S. illegally a chance at citizenship if they learn English, pay fines and have jobs that pay taxes, according to the nationwide survey.

Mr. Trump is consumed with building a wall on the Mexican border and cracking down on illegal immigration through increased deportations. He’s made no attempt to offer a path to citizenship for those who are in the country illegally.

Miringoff said his polling often found Mr. Trump’s positions opposed by Americans as a whole but supported by a majority of Republicans. This time it’s different, with 69 percent of Republicans in favor of offering a path to citizenship.

“What is startling is the gap between what Republicans and Trump supporters think on this question and the position and direction the White House is taking,” he said.

President Trump is expected to bring up immigration in his highly anticipated address to Congress on Tuesday.

A bipartisan group of senators called the “Gang of Eight” proposed a bill in 2013 to give immigrants living illegally in the U.S. the chance to apply for citizenship after paying a fine and back taxes. The bill, which passed the Senate with a bipartisan majority but went nowhere in the House of Representatives, would have also authorized a border security buildup.

Mr. Trump is against the bill, according to the White House, and he criticizes what he calls “amnesty” for illegal immigration. But senators who met with the president this month suggested he was interested in learning more about the Gang of Eight effort.

Republicans welcome that approach. “We depend on a lot of these immigrants for a lot of jobs, services in our country, and I think we need some path to citizenship,” said Keith Williston, a 38-year-old Republican from Independence, Mo. “Now getting one that’s going to work well, I’m not holding my breath for that.”

Eighty-seven percent of Democrats and 83 percent of independent voters also said they supported a path to citizenship for immigrants living illegally in the U.S.

“They’re already here,” said Dannette Tucker, a 37-year-old independent voter from San Jose, Calif. “I know they can go through a lot of hardship in order to get here, and I think if anyone is willing to go through that much trouble, we should let them have some kind of path to get the rest of the way.”

Half of those surveyed said sanctuary cities were needed. Forty-three percent said “undocumented immigrants should be deported, so there is no reason to have sanctuary cities.” The rest were unsure.

But 73 percent of Democrats and 54 percent of independent voters said the federal government should not cut funds to cities that provided sanctuary to immigrants who are here illegally.

“It’s about being a decent human being, and I think cutting off funds is an inappropriate tactic,” said Melissa Sevier, 48, a registered Democrat from Arlington, Va. “It’s just bullying cities, and most of those cities are cities that did not vote for Trump and his cronies.”