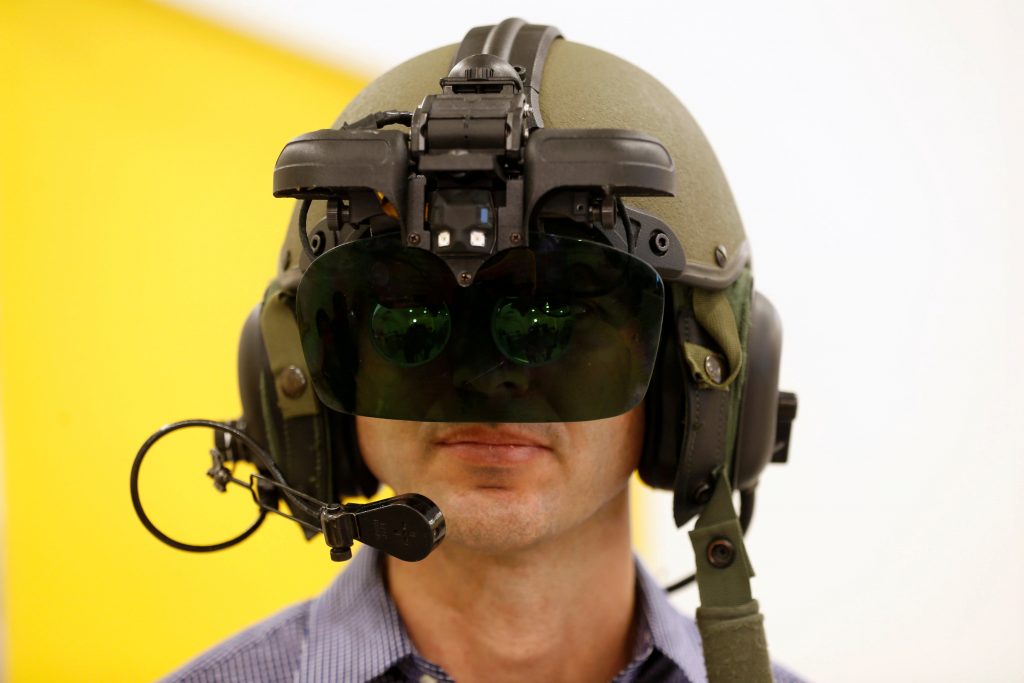 U.S. President Donald Trump’s remarks about heavier defense spending has investment houses trying to figure out whether it means they should point their clients in the direction of Israeli defense and cyber-security firms.

Some think they definitely should, despite uncertainties.
Companies who are thought poised to gain include defense contractor Elbit Systems, Magal Security Systems and Check Point Software Technologies. All have seen their share prices soar since Trump took office, according to a Reuters report on Tuesday.

“Clearly, if spending goes up for cyber security or for border security or for defense, this is going to probably help Israel’s tech industry. Israel is strong in all of these areas,” said Jon Medved, CEO of equity crowdfunding firm OurCrowd.

“Israel is also very, very good obviously in anything having to do with border defense and border security to the extent that becomes an important issue in the U.S. and it seems like it will; those companies will benefit. And in general, homeland security getting a more anti-terrorist focus will be good for Israel,” he added.

BlueStar’s Israeli technology ETF has gained 13 percent on the U.S. Nasdaq market since the American election. So far, the effect on the wider market has been less remarkable. While Tel Aviv’s broad index is up 6.1 percent, it has underperformed the MSCI World index for developed countries, which has risen about 8 percent in the same period.

Magal, whose sensors and command and control systems help to secure airports, borders, power plants, seaports and prisons, has already gotten a boost from the defense talk. The company is regarded as a leading contender to provide technology for the Mexican border wall, which could cost around $20 billion.

Magal’s shares have soard by nearly 60 percent since last November, and Chief Executive Saar Koursh is optimistic about landing a contract to help build the wall. “Our chances are more than good,” he told Reuters, noting that the company, through its U.S. unit Senstar, was in touch with officials in Washington.
Elbit, one of the biggest suppliers of drones and helmet-based systems, has seen its shares go up 20 percent since November. Not as spectacular as Magal’s rise, but still impressive.

Before he took office, Trump questioned the high cost of Lockheed Martin Corp’s F-35 fighter, saying he had asked Boeing Co to offer a price for a “comparable F-18 Super Hornet.”

The possible change has not fazed Elbit executives, though. They say the company is ready to equip the pilots with their smart helmets, whether Trump goes with the F-35 jet or the F-18.
The profits promise to be huge. Ilanit Sherf, an analyst at the Psagot brokerage, said Elbit could expand its annual revenue by 5-6 percent, instead of the current 2-4 percent, if Trump follows through on a bigger military.

Israel has over 450 cyber-security firms. In 2016, 78 start-ups raised more than $660 million from investors, according to the Israel Venture Capital Research Center.

Companies such as Nice Systems and Verint, whose voice and data analysis technology is critical to security, may also enjoy a boom.

But uncertainties persist. For one thing, it will be some time before the new defense budget is finalized. The additions may not be so massive, nor the need for Israeli technology so great as expected.

Then, too, if the United States turns more protectionist, Israeli exports, which comprise 30 percent of the country’s economic activity, might be hurt. This could be especially so were Trump to try using the exchange rate to favor U.S. firms over foreign competitors.