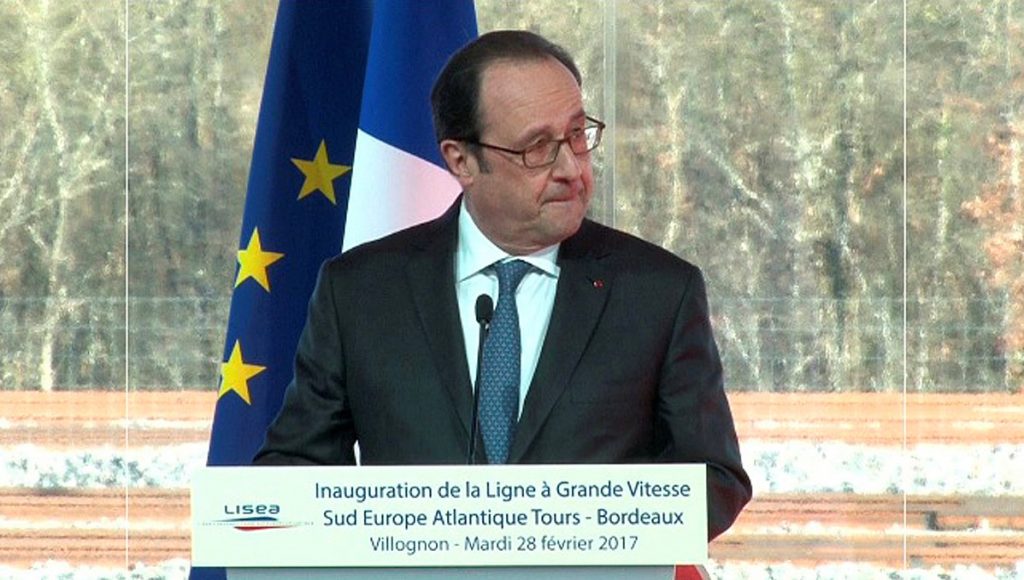 A police sharpshooter accidentally wounded two people as French President Francois Hollande was giving a speech in the southwest of France on Tuesday, a police source said.

The shooter was on a roof about 110 yards from a tent where Hollande was speaking. During a change of position his gun fired accidentally, the source said.

A loud noise like a gunshot is heard on video footage of the president’s speech. “I hope there is nothing serious,” Mr. Hollande said, then looked to his left and said, “I don’t think so”.

The shot wounded two people in their legs; the injuries were not life-threatening, a prefect of police for Charente region Pierre N’Gahane told BFM-TV.