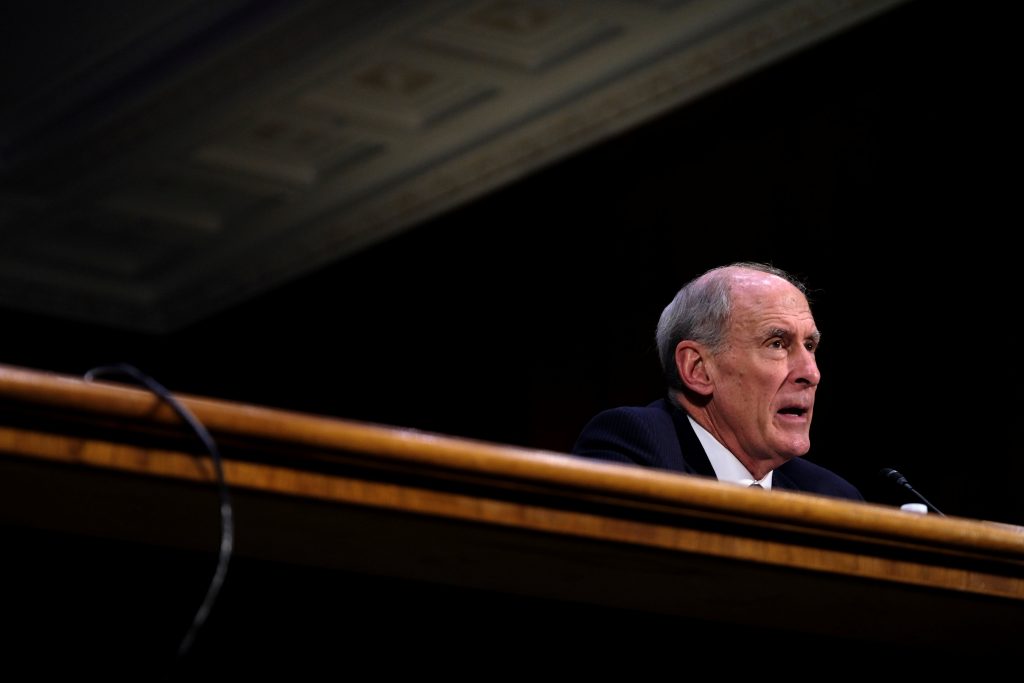 Dan Coats expressed concerns Tuesday about Russia’s “assertiveness in global affairs” at his confirmation hearing to be the nation’s top intelligence official, saying that the U.S. must address Moscow’s aggressiveness “with eyes wide open and a healthy degree of skepticism.”

If confirmed to lead the Office of Director of National Intelligence, Mr. Coats will find himself at the epicenter of the bitter squabble between President Donald Trump and the U.S. intelligence community about Russia’s efforts to influence the November elections.

The Senate Intelligence Committee, which is weighing Mr. Coats’ nomination, is leading an investigation into Russia’s election-related activities, including any potential contacts between its agents and associates of Mr. Trump or members of his campaign.

Mr. Coats, who stepped down from the Senate in January, is respected by members of both parties and is expected to win easy confirmation as head of the Office of Director of National Intelligence. The position, created after the Sept. 11, 2001, terrorist attacks, involves coordination of the 16 U.S. intelligence agencies.

Like several others in Mr. Trump’s Cabinet, the 73-year-old Dan Coats may not see eye to eye with the president, however.

He has been a harsh critic of Russian President Vladimir Putin, and wanted the Obama administration to severely punish Moscow for annexing Crimea in 2014 and intervening in Ukraine. The Kremlin banned him from visiting the country several years ago.

Mr. Trump’s repeated praise of Mr. Putin has alarmed many in the intelligence community who see a resurgent Russia threatening U.S. interests in the Middle East, in Eastern Europe and in the Arctic.

Questions about Russia’s role in the U.S. presidential race have proved particularly awkward for the White House.

The FBI is investigating Russia’s effort to influence the 2016 election, and whether any Trump associates had improper contacts with Russian officials during the previous year.

James Clapper, then director of national intelligence, issued a declassified report Jan. 6 that concluded Mr. Putin’s government had ordered “an influence campaign in 2016 aimed at the U.S. presidential election.”

The Russian operation included hacking Democratic National Committee computers and leaking thousands of emails to WikiLeaks and other websites. Some of the emails embarrassed senior Democrats and proved a distraction to Hillary Clinton’s campaign.

Mr. Trump and members of his administration have pushed back on the report and any suggestion that his campaign colluded with the Russians. Mr. Trump said Tuesday that he hadn’t “called Russia in 10 years.”

On Feb. 13, Mr. Trump’s national security adviser, Michael Flynn, was forced to resign after he acknowledged misleading Vice President Mike Pence about his conversations in December with the Russian ambassador to Washington about sanctions on Russia.