World Clashes Break Out in Palestinian Camp in Lebanon
World 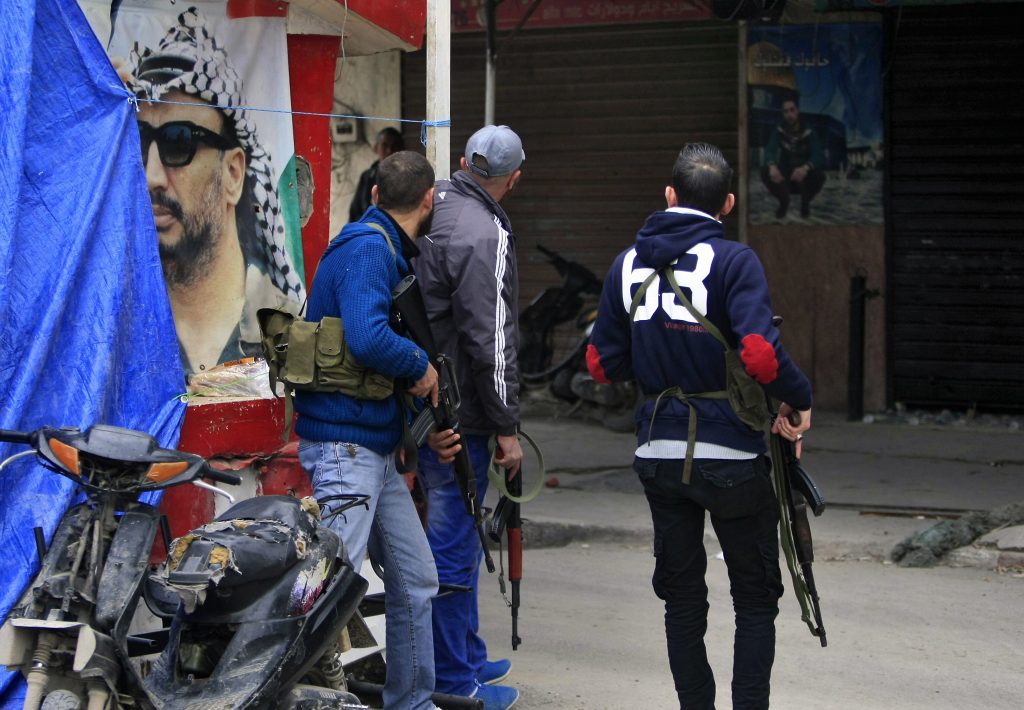 Clashes erupted in a densely-packed Palestinian refugee camp in southern Lebanon on Tuesday, wounding at least four people, including a three-year-old boy with a bullet-wound to the head, Palestinian security officials said.

The Palestinian officials spoke on condition of anonymity because they were not authorized to brief reporters.

Witnesses could see smoke rising above the Ein el-Hilweh camp and hear gunfire echoing behind its walls from the nearby port city of Sidon.

The U.N. agency for Palestinian refugees condemned the violence and said “armed actors” had entered one of its schools.

Schools outside the camp’s walls also closed, and staff and students were sent home. The Lebanese army, which according to a longstanding agreement is not allowed inside the Palestinian camp, closed a major highway nearby.

Ein el-Hilweh was one of several camps set up across the region for Palestinians displaced by the Arab-Israeli war in 1948. The Lebanon camps eventually grew into crowded, built-up neighborhoods with endemic poverty.

Ein el-Hilweh is notorious for its lawlessness and disrepair, with the Palestine Liberation Organization and Islamic militant rivals controlling different parts of the camp. The U.N. says that more than 50,000 Palestinian refugees live inside the camp’s confines of less than 1 square mile.

The Lebanese army says Islamists in Ein el-Hilweh are harboring fugitives from around the country.

Residents poured out of the camp Tuesday, saying they were fed up with the infighting.

“The best thing that could happen would be to allow everyone to leave and let (the gunmen) fight each other until the end,” said Mahmoud Atayah, a 33-year-old civil activist from the camp.

He said camp leaders were “conspiring against the Palestinian people,” and said the Islamists and the Fatah faction of the PLO were fighting over the budget and the right to represent the Palestinians.

Neighborhoods on the eastern side of the camp, where Fatah fighters have traditionally maintained order, were under lockdown because of the fighting.

The PLO ambassador to Lebanon held meetings on Monday and Tuesday with representatives of Fatah and the Islamist factions to try to restore a cease-fire. Local media quoted Fatah official Azzam al-Ahmad as saying that an agreement was reached to revive a joint security force that was disbanded earlier this month.

The joint security force, formed in 2014, was disbanded ahead of PLO leader Mahmoud Abbas’ visit to Lebanon last week. Fighting broke out during Abbas’ trip. The president did not visit the camp.