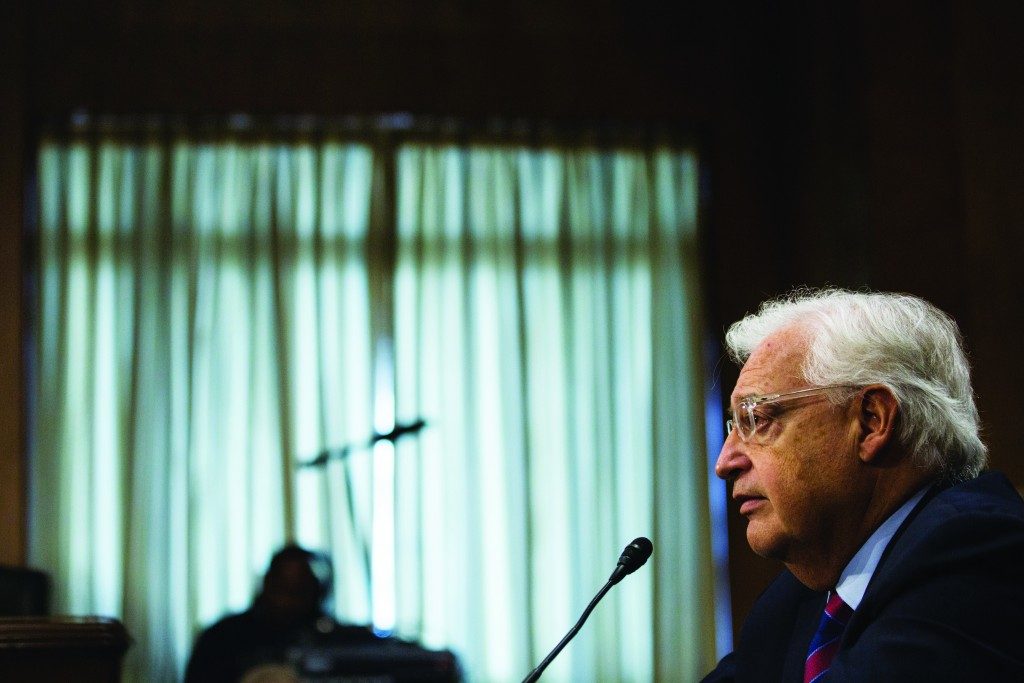 For as long as we have been in galus, those who hate us and wish us harm have had a reliable avenue of attack to attempt to smear any Jew who was in, or near, a position of power. Jews, they would say, cannot be counted on to remain loyal to the country they live in. Because Jews have fealty to Judaism, and with that, an implicit connection to other Jews, they have another interest, one that can be different than that of their country. Therefore, they will readily abandon the best interests of their country for that of “the Jews.”

While this smear predates the State of Israel, it has gotten easier for anti-Semites to level this charge since its establishment. They could now pointedly ask a Jew, “To which country do you owe your allegiance? Is it to your country, or is it to Israel?”

Nobody can deny the connection Jews have with each other. As Harav Meir Shapiro, zt”l, famously advised the defense team during the Mendel Beilis trial, when faced with the need to explain several Chazals which were open to malicious misinterpretation, the principle of kol Yisrael areivim zeh lazeh has some very real consequences.

When one Jew is facing a challenge, it is the concern of every single Jew. Therefore, he explained, there is a connection created, one that makes it so that the Jewish nation is as though it is one single man. (See Matnas Chaim: Moadim by Harav Mattisyahu Salomon, shlita, “Maamar Divrei Shalom V’emes, Purim,” for more on this.)

But that principle doesn’t preclude one from serving his country properly. Harav Samson Raphael Hirsch, zt”l, writes this quite explicitly; he, already, felt the need to defend Jews from the charge of dual loyalties (The Nineteen Letters, Letter 16): “…it is our duty to ally ourselves as closely as possible with the state that has accepted us, to further its aims, and not to think of our own welfare as being independent from that of the state.”

Rav Hirsch’s point (as expounded upon by Rabbi Joseph Elias) is that the two loyalties of a Jew — his allegiance to the Jewish nation and his responsibilities to his country — are entirely independent of each other and can therefore coexist. One is a spiritual obligation; the other, political. Conflating the two is just wrong.

It is wrong whether we are the ones doing so in practice, or whether others accuse us of it. And when the accusation is leveled, it is almost impossible to interpret it as anything other than what it is — overt anti-Semitism.

Of course, there may be times when the person making the imputation does not intend it in that way at all. But the charge is that dangerous, that if it is made, even innocently, it needs to be condemned and walked back.

One such incident took place February 16, at the confirmation hearing of David Friedman, President Trump’s designee for ambassador to Israel.

The media, as well as organizations which purport to be looking out for the interests of the Jewish people while instead serving nothing but the benefit of the left (looking at you, ADL), chose to focus on the non-story of a clumsily worded question asked during a contentious press conference, to all but accuse a president of anti-Semitism because he misunderstood what the questioner wanted. At the same time, Senator Bob Menendez engaged in the scurrilous smearing of Friedman, to the deafening silence of the media and the ADL.

Toward the end of the hearing, Menendez questioned Friedman and chose to focus on Friedman’s ability to do the job. Menendez opened by asking who Friedman saw himself working for, were he to be confirmed, and then launched into this line of attack.

“I get a sense that your love for the State of Israel overwhelmed your language,” Menendez said. “And so the question is — we cannot have an ambassador who ultimately will be moved” by passion for the other country, or by “the prime minister of that country” instead of bending his will to what is good for the United States. “Can you tell the members of this committee that that is in fact what your loyalty and commitment is?”

To Friedman’s credit, he did not allow the outrageous question to, well, overwhelm his language, as he affirmed his loyalty to this great medinah shel chessed. But the fact that the question could be asked, and with nary a peep from any of the so-called watchdogs, is incredibly concerning.

David Friedman, just like any Jew, deserves the chance to work for his country. The president has chosen him to be the ambassador to Israel, and his being a Jew should not be held against him any more than the faith of Rashad Hussain was when Barack Obama appointed him special envoy to the OIC (Organisation of Islamic Cooperation). He should be confirmed.

The ADL, if they really cared about the rise of anti-Semitism in this country as anything other than a means to attack the president, would be calling on Senator Menendez to apologize. Menendez himself, who is decidedly not an anti-Semitic man, should recognize how his line of questioning could have ramifications and may embolden others to question the loyalty of Jews to this country.

Doing so would help rectify his mistake, hopefully before there are any real consequences.