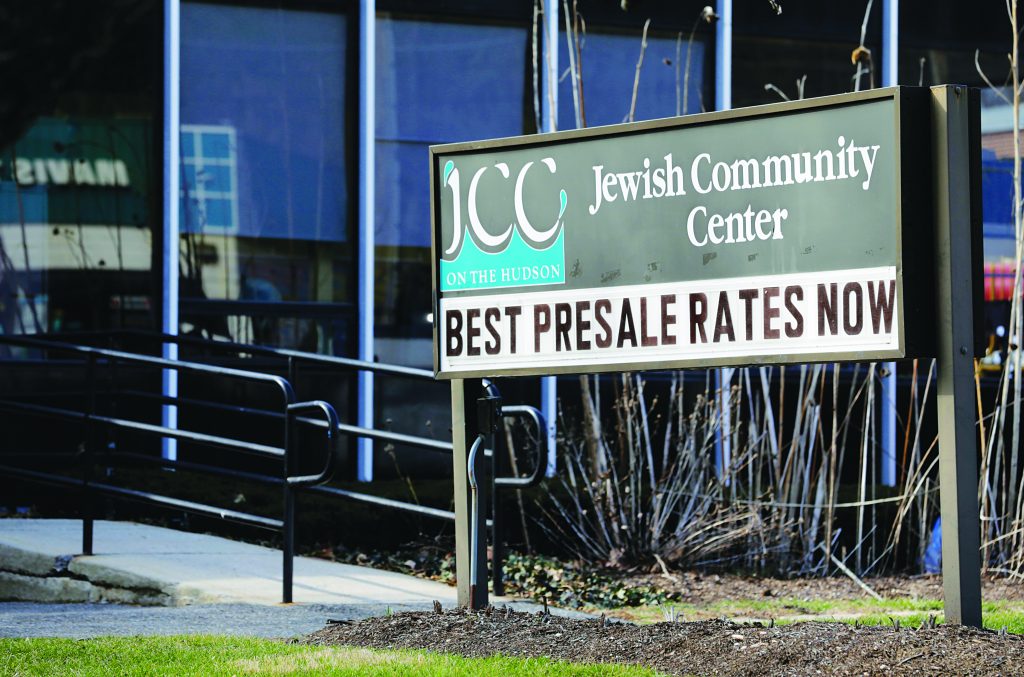 A wave of anti-Semitic incidents across America reached a new crescendo this week with a fifth round of bomb threats to Jewish community centers and day schools, as well as the vandalism of nearly 100 headstones at a Jewish cemetery in Philadelphia. The desecration of gravesites came only a week after nearly identical actions at a Jewish cemetery outside St. Louis, and amidst months of increased reporting of anti-Jewish graffiti and internet hate speech.

Elected officials and law enforcement agencies on both the state and national level have issued strong statements condemning the scourge, with some pledging action to protect communities and pursue perpetrators. As of yet, the threat is faceless. No arrests have been made and there is little or nothing to reveal who or how many people are involved in the incidents or what motivated them.

Rabbi Chaim Dovid Zwiebel, executive vice president of the Agudath Israel of America, told Hamodia that he was largely pleased with the official response, citing Vice President Mike Pence’s unannounced visit to the clean-up efforts at Chessed Shel Emeth cemetery in Missouri and New York Governor Andrew Cuomo’s pledge of $25 million to hike security at religious schools in his state.

“I was deeply moved by the vice president’s personal participation. It struck me as a heartfelt and sincere display of solidarity with the Jewish community and revulsion towards the acts of vandalism,” he said. Regarding Gov. Cuomo’s proposal, he added, “We still need to see the details, but $25 million to enhance security should surely make a real difference.”

He added that the outpouring of support from citizens — noting a Muslim group that volunteered to aid in restoring the Mt. Carmel cemetery in Philadelphia — was also encouraging.

As for whether authorities were doing enough to get to the bottom of these acts, Rabbi Zwiebel said he was “happy to hear that the state would beef up efforts to apprehend whoever is behind it,” but that there was no way to really know how much priority the matter was being given either in New York or from the federal Justice Department.

Maury Litwack, director of state political affairs for the Orthodox Union, told Hamodia that he was “somewhat satisfied” with public outcry from politicians, but felt that more solid plans of action were needed.

“We have been making a push that politicians should not just condemn specific incidents, but that they have a responsibility to take real steps,” he said. “The response needs to be overwhelming and consistent. It can’t be that we just wait for the next thing to happen; we have to be diligent.”

Mr. Litwack said that due to the present wave, it behooves the Jewish community to be “diligent” about protecting its institutions and to “stay on top of elected officials” to ensure that the institutions are sufficiently secured.

“It’s always good practice to be prepared, no matter if there is a rash of incidents going on or just dealing with the threats of the world we live in,” he said.

Rabbi Zwiebel encouraged all Jewish institutions to use their heightened awareness and the possibility of additional funding to “think about ways to upgrade their security,” but said that for the Jewish community, the phenomenon offered a more philosophical opportunity.

“Hashem sometimes sends us reminders that even in the goldene medinah we are still in galus,” he said. “The real antidote is to remember that, and to say an extra kapitel Tehillim. That’s our real response to anti-Semitism.”

As is often the case, there has been debate over whether additional outcry from the community and the wider media deters further incidents or only serves to encourage them.

Rabbi Zwiebel said that at this point, he felt the matter had reached a “tipping point” and must be addressed.

Mr. Litwack felt that “any time parents and members of the community feel threatened, it needs a serious response. There are people out there saying that these are just a bunch of isolated incidents and that it’s better to ignore them, but I think that is irresponsible.”

During the presidential campaign and in the months following the election of President Donald Trump, many media outlets consistently pointed out links between the president’s ascent and the rise of anti-Semitism. Mr. Litwack said that the politicization of the issue “makes the conversation more difficult,” presenting obstacles to addressing the actual safety of Jews and Jewish institutions.

Rabbi Abraham Cooper, associate dean of the Simon Wiesenthal Center, told Hamodia that the lack of information made it very difficult to evaluate the true nature of the threat, but said that his organization has urged the Justice Department to use its technical resources to find the perpetrators as soon as possible.

The FBI announced an investigation into the community center threats after the early rounds of calls, and the Justice Department told Hamodia that it would “ensure this matter is investigated in a fair, thorough, and impartial manner.”

“We are probably not talking about huge numbers here, but social media has become a powerful weapon that can create an echo chamber and make it sound as if there are a lot more racists and bigots then there really are. It empowers them, inspires lone-wolf attacks, and may not be so easily traceable,” said Rabbi Cooper. “We are not interested in getting back onto the victimization list, but it might be time to reach out and push for a fair and bi-partisan effort to change the climate and get real action.”