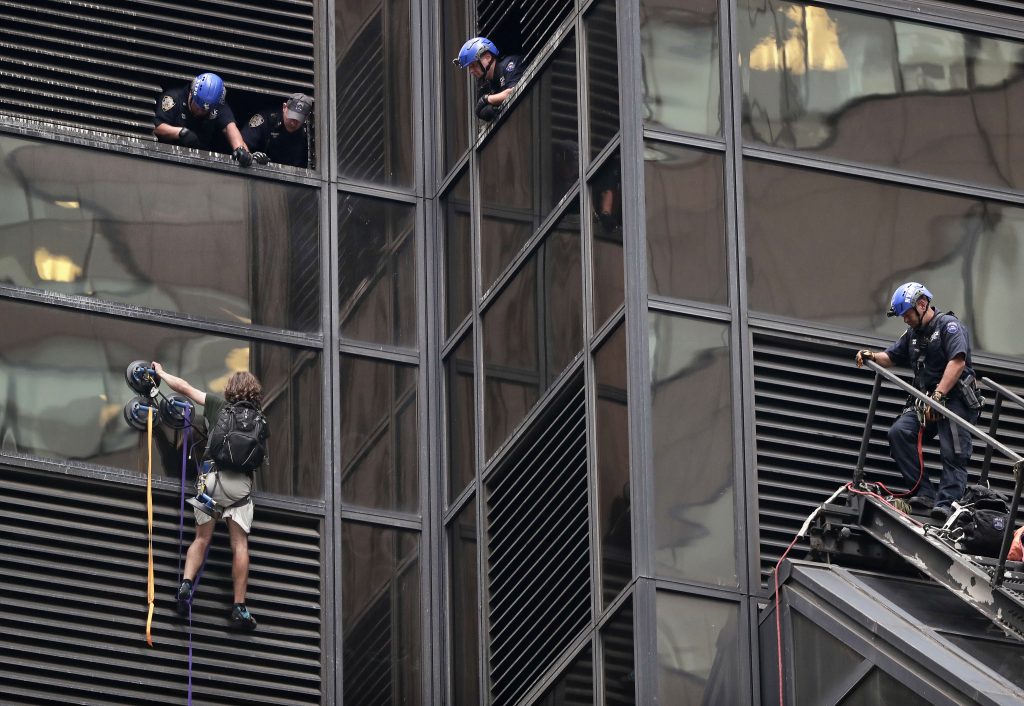 A judge told Stephen Rogata of Virginia that he’s prohibited from any contact with President Donald Trump, including through mail, email or social media.

Rogata used suction cups, a harness and ropes to climb from the fifth floor to the 21st floor when Trump was the Republican presidential nominee. Trump lived in Trump Tower but wasn’t there at the time.

As part of his plea agreement, Rogata must continue mental health treatment for a year and go to school or work. If he stays out of trouble for a year, he’ll be permitted to withdraw his guilty plea.