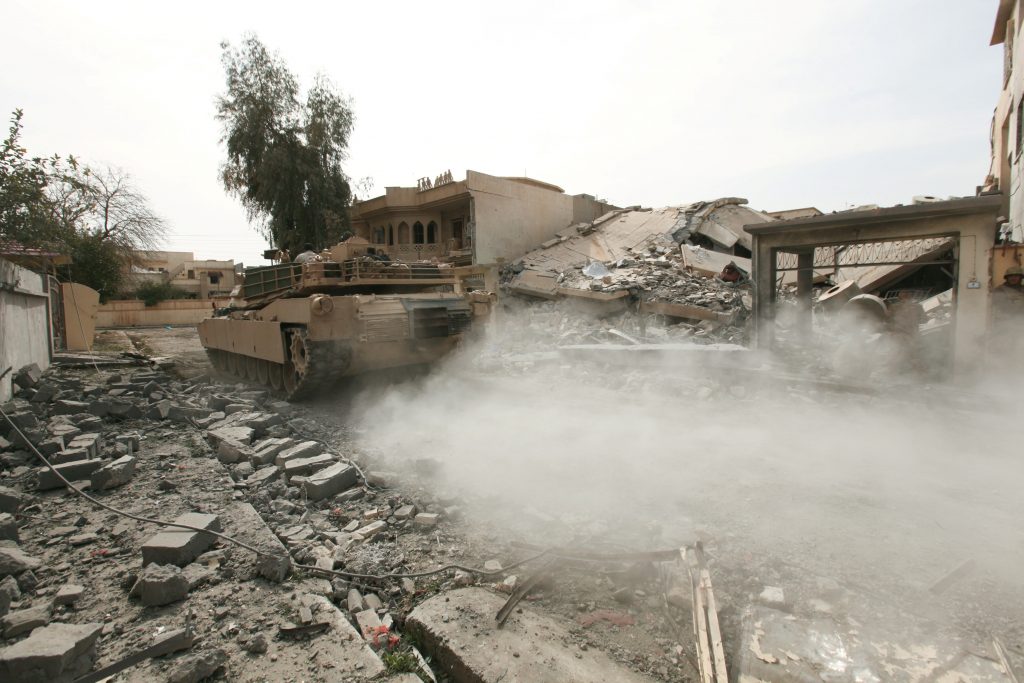 Iraqi forces seized a damaged Mosul bridge on Monday which could link up their units on either side of the Tigris River, as thousands of civilians fled the fighting for Islamic State’s remaining stronghold in the west of the city.

Once repaired, the bridge could help bring reinforcements and supplies from the eastern side, piling pressure on the terrorists dug in the western side among 750,000 civilians.

Iraqi forces captured eastern Mosul in January, after 100 days of fighting. They launched their attack on the districts that lie west of the Tigris a week ago.

If they defeat Islamic State in Mosul, that would crush the Iraqi wing of the caliphate that the group’s leader Abu Bakr al-Baghdadi declared in 2014 over parts of Iraq and neighboring Syria. The U.S. commander in Iraq has said he believes U.S.-backed forces will recapture both Mosul and Raqqa – Islamic State’s Syria stronghold – within six months.

About 1,000 civilians arrived in the early hours of Monday at the sector held by the Counter Terrorism Service (CTS). The wounded were taken to the clinic of this elite unit, while the men were screened to make sure they are not Islamic State members.

Several thousand terrorists, including many who traveled from Western countries to join the battle, are believed to be still in Mosul, prepared for a fierce standoff amid a remaining civilian population of 750,000.

The United Nations World Food Program said on Monday it was extremely concerned about the dire humanitarian situation facing families in western Mosul.

Army, police, CTS and Rapid Response units forces attacking Islamic State in west Mosul are backed by air and ground support from the U.S.-led coalition, including artillery fire. U.S. personnel are operating close to the frontlines to direct airstrikes.

Iraqi troops have already captured the southern and western accesses to western Mosul, dislodging the militants from the airport, a military base, a power station and three residential districts – al-Maamoun, al-Tayyaran and al-Josaq – according to military statements.

“The more we advance, the fiercer the resistance,” said Lt. Colonel Abdel Amir al-Mohammadawi, from the Rapid Response units that are fighting near the southernmost bridge, one of five spanning the Tigris.

All of them were damaged in strikes by the U.S.-led air coalition, and later by Islamic State fighters trying to seal off the western bank still under their control.

Iraqi forces have reached under a mile from the old city center and the main government buildings, the capture of which would effectively mean the fall of Mosul.

The militants are using mortar, sniper fire, booby traps and suicide car bombs to fight off the offensive.

They are facing a 100,000-strong force made up of Iraqi armed forces, regional Kurdish peshmerga fighters and Iranian-trained Shiite Muslim paramilitary groups.