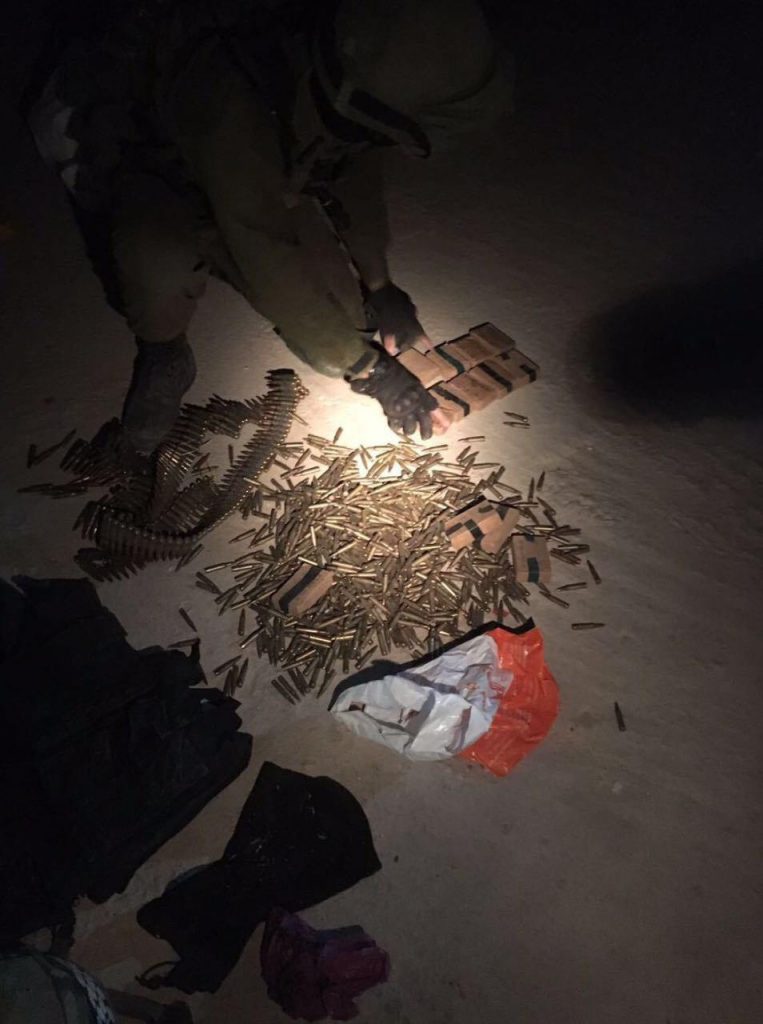 This is the fourth rocket in a month to be fired at Israel by Gazan terrorists. The IDF responded to the last rocket with heavy shelling of Hamas positions in Gaza, and a similar response is anticipated. In addition to the rockets fired from Gaza at the southern Negev, several rockets were fired from Sinai at Eilat, which the Iron Dome interception system neutralized. Islamic State terrorists took responsibility for the Eilat attack.

Overnight Sunday, IDF troops entered the Arab village of Kafr Yatta, south of Chevron, and seized large amounts of ammunition and weapons. Some of the items were stolen from the IDF. The owners of the property where the weapons were found were arrested.

Also overnight, security officials said they arrested 18 wanted security suspects in other areas in Yehudah and Shomron. The suspects were wanted for participating in rioting and throwing stones and firebombs that endangered Israeli civilians and IDF soldiers. Several of the suspects were also charged with belonging to Hamas. All were being questioned on their activities by security forces.