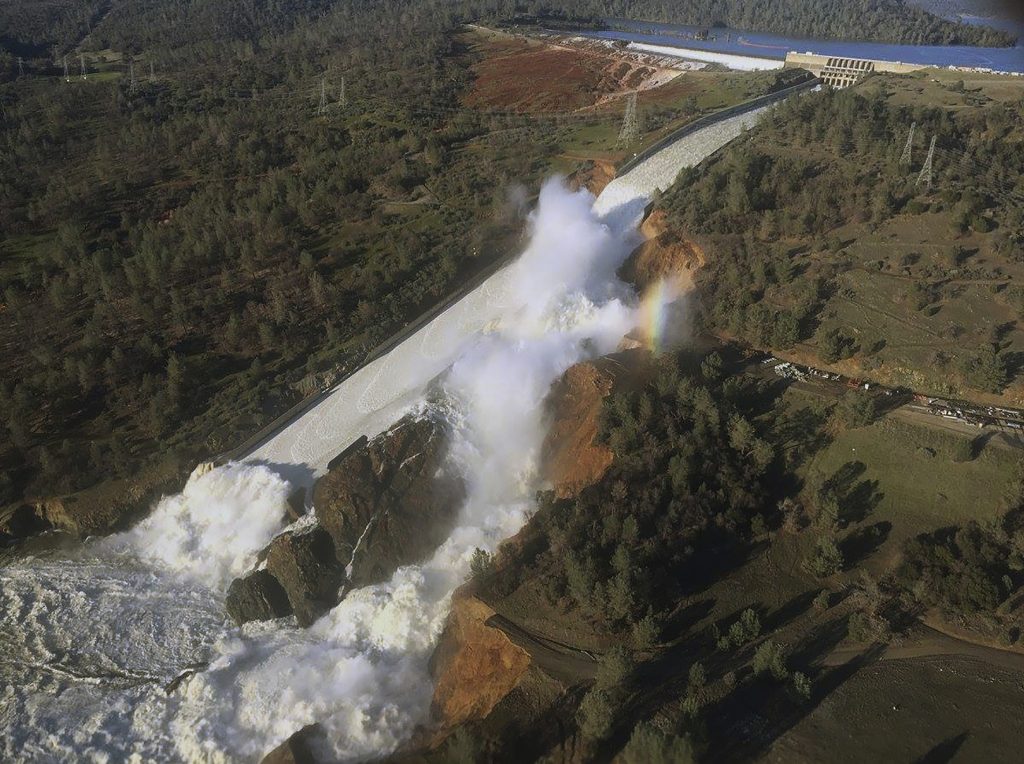 After a winter of heavy storms, water managers earlier this month used the emergency spillway for the first time in the 48-year history of the country’s tallest dam after a chunk of concrete tore out the main spillway.

But the flow of water ripped through a road below and carved out deep chasms in the ground, leading authorities to evacuate nearly 200,000 people Feb. 12 for two days for fear the emergency spillway could fail.

Monday’s slowdown started at 6:45 a.m. and will continue throughout the day, said state Department of Water Resources spokeswoman Lauren Bisnett. The amount of water released will gradually go from 50,000 cubic feet per second to zero.

Crews have already been working to fortify the badly eroded emergency spillway.

The outflow from behind the 770-foot-tall dam will be stopped for several days to give workers time to clear concrete and other debris from a pool at the bottom of the spillway.

The debris must be removed in order to restart the underground Hyatt Power Plant. The plant helps manage reservoir levels.

The reservoir’s water level has been reduced nearly 60 feet since it reached capacity at 901 feet earlier this month, the department said.