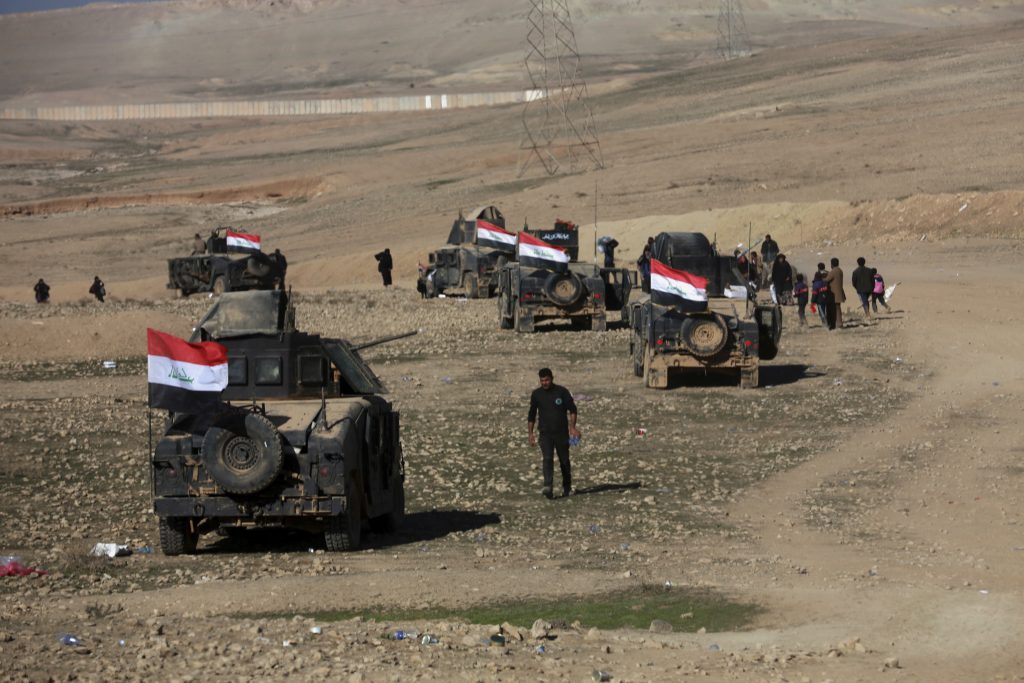 A senior commander says Iraqi militarized police have captured a neighborhood on the western side of Mosul amid fierce clashes with Islamic State terrorists.

Maj. Gen. Haider al-Maturi of the Federal Police Commandos Division told The Associated Press that his troops entered the Tayaran neighborhood Sunday morning and it is now “under their full control.”

Al-Maturi said IS militants deployed at least 10 suicide car bombs, but nine of them were blown up before reaching their targets. The 10th killed two policemen and wounded five. Al-Maturi added that his forces arrested two terrorists — an Iraqi and a foreigner who speaks Russian.