Business AUTO REVIEW: 2017 Dodge Challenger GT at Its Best in the Snow
Business 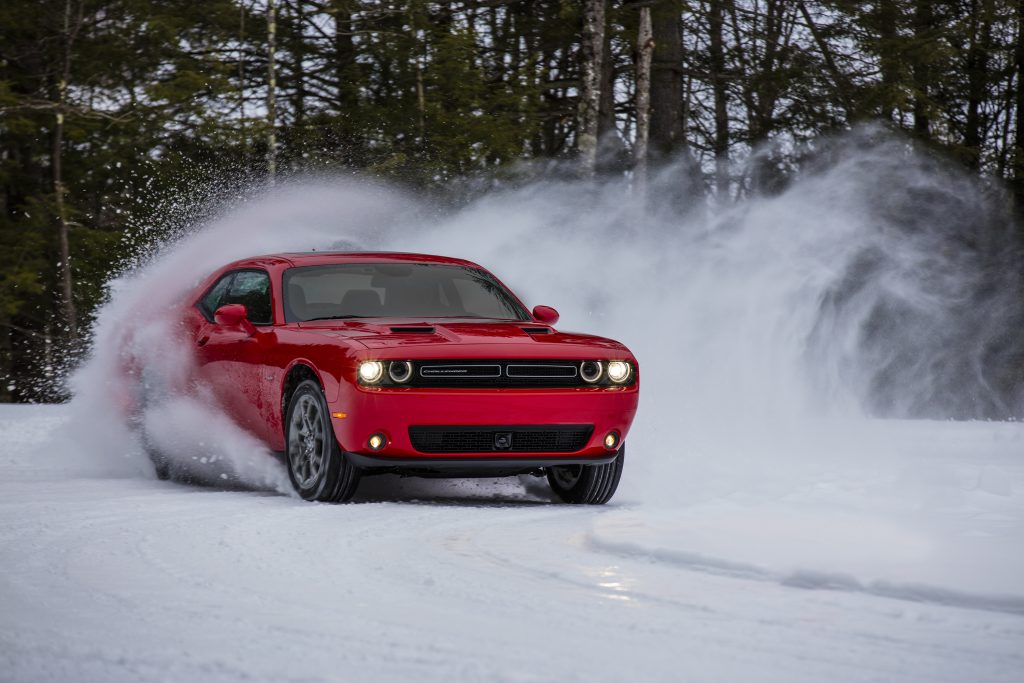 Having paced an Indianapolis 500, the Dodge Challenger boasts for-real performance credentials. But you knew that, right?

Maybe not, since it’s gone in and out of production over the decades. And definitely not if you live in the northern half of the United States, where winter transforms our bodies and our roads into popsicles, meaning cars offered with only rear-wheel drive aren’t the wisest option.

While you have to wonder what took Fiat Chrysler so long to create this 50-state-worthy beast, what’s most important is that it’s finally here.

Power comes from Dodge’s Pentastar 3.6-liter V-6, which generates 305 horsepower and 268 pound-feet of torque through an eight-speed automatic transmission. Most of the time, it’ll run in rear-wheel. But under certain conditions, the all-wheel-drive system engages, sending up to 38 percent of available power to the front. The rear-biased setup ensures a good time.

As you’d expect, the all-wheel kicks in when the temperature drops below a certain threshold, when a wheel slips or when electronic stability engages. But it also initiates in Sport mode or when you use the paddle shifters or AutoStick, as Chrysler’s wise engineers assumed drivers using such features would be looking for optimal traction during spirited driving.

So it also makes sense that the Challenger GT is fitted with Dodge Charger Pursuit — aka cop car — suspension. It also comes with Dodge Performance Pages, which provides information like reaction times, zero-to-60 times, G-force indications, and lap times through an 8.4-inch touchscreen.

To prove the car’s northern clime capabilities, Dodge offered up access to the Club Motorsports racetrack in Tamworth, N.H. — in January. Yes, it was snow-covered. And yes, that was the point.

Thanks to a well-tuned electronic stability control system, the Challenger drifted across the snow-covered skidpad as if the surface were dry. Things got more challenging with the stability control off, but the car remained remarkably controllable.

Next, the Challenger proved just as impressive on an autocross course, attacking the slippery surface with nonchalance. And finally, a drag strip verified the Challenger’s grip, proving you can show off at the local parkway even when the roads are white.

And oh yeah, I did all this with all-season tires. I can only imagine the possibilities that’d be introduced by snow-specific rubbers.

It seems like the GT is sure to add to the Challenger’s already considerable legacy. If you have any doubt, test-drive one at your local Dodge dealer. But wait until the roads are snow-covered; then you’ll be convinced.