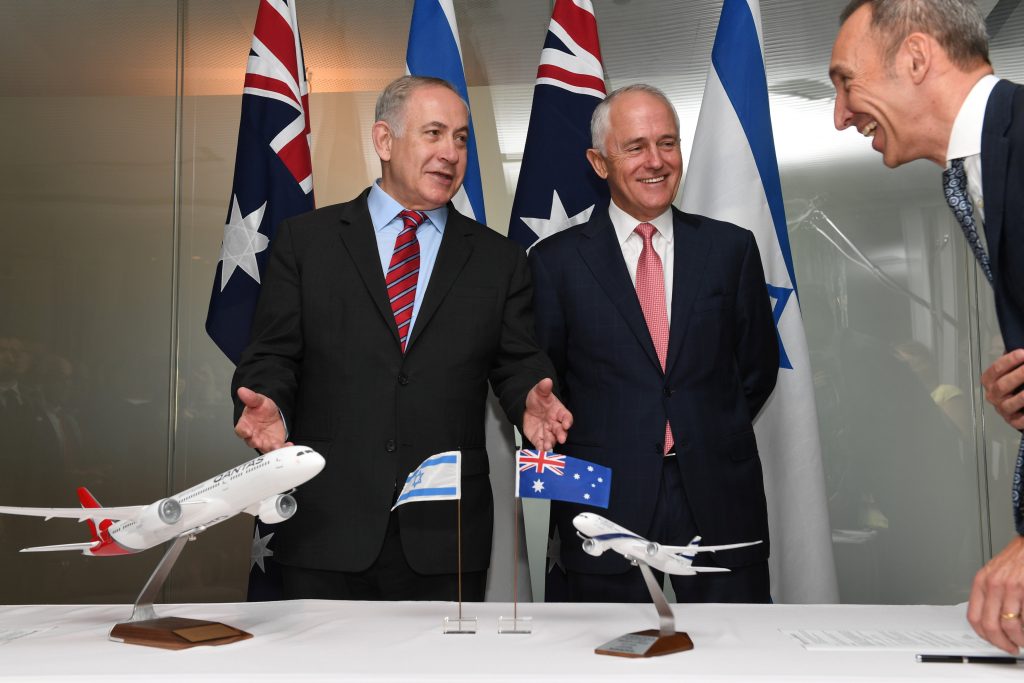 El Al chairman David Maimon and the head of Australia’s Qantas Airways, Gareth Evans, on Friday signed a memorandum of understanding that will lead to a code-sharing agreement between the airlines. Maimon was part of a large delegation of Israeli business executives who accompanied Prime Minister Binyamin Netanyahu on his trip to Australia last week.

The code-sharing agreement will open up new routes for Israelis seeking to travel to Australia. Currently, there is no direct route from Israel, and transferring between the flight from Tel Aviv to the connecting flight to Australia in Far Eastern cities like Bangkok often requires long hours of waiting. With the code-sharing agreement, the two airlines will better coordinate flights to provide quicker and smoother connections.

Those connections will provide an easy transfer for El Al passengers flying to Bangkok, Hong Kong and Johannesburg, for onward flights to Sydney, Melbourne and Brisbane. Business passengers will be able to use the business lounges at those airports as well, under the agreement.

On Sunday, PM Netanyahu described his visit to Australia, a first for a serving Israeli prime minister, as “wonderful.”

PM Netanyahu and his wife concluded their five-day trip to Sydney on Sunday by meeting with Foreign Minister Julie Bishop.

“This has been a wonderful visit here. You people are amazing,” Netanyahu told Bishop before talks behind closed doors.

PM Netanyahu joked with Bishop, who had recently arrived home from a trip to the United States and Britain, that the pair had “shared more or less the same route.”

During his stay, Netanyahu met political, business and Jewish community leaders. He was accompanied by a large security contingent as he traveled around Sydney.

Netanyahu had been to Australia twice before, but never as prime minister. “I’d stay longer if I could,” he told Bishop.