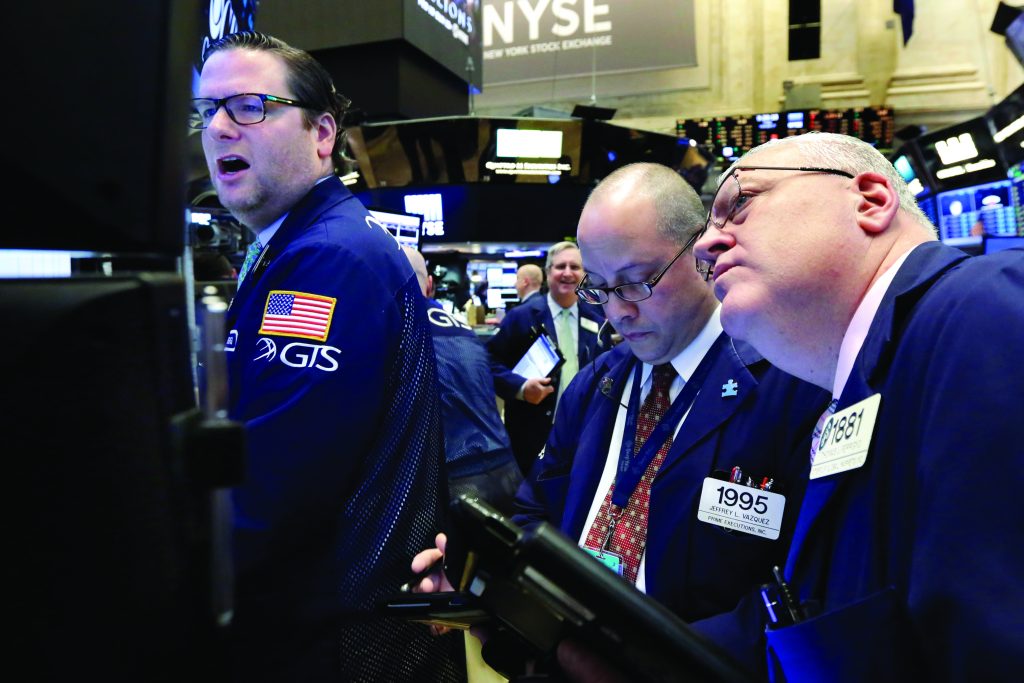 Wall Street edged higher on Friday, with the Dow extending its streak of record-setting gains to 11 days, as increases in utilities and other safety plays outweighed declines in financials.

Equities were in negative territory for a majority of the trading session, however, as investors grew hesitant after recent comments from the President Trump administration indicated its pro-growth policies may have a longer route to implementation.

As details remain scarce on President Trump’s plans, including one announced on Thursday to bring millions of jobs back to the United States, markets have kept to tight daily trading ranges. The benchmark S&P 500 index has not registered a move of at least 1 percent in either direction since Dec. 7.

Analysts have become more leery of stocks as they have run up without concrete details and are becoming more expensive. The forward price-to-earnings ratio of the S&P 500 is 17.8.

“Certainly the sentiment is improving much faster than the actual activity so we’ve seen valuations probably get a little bit ahead of themselves,” said Brant Houston, managing director at Atlantic Trust Private Wealth Management in Denver.

“Ultimately we need to see those fundamental changes come through to validate that improved sentiment.”

Secretary Steven Mnuchin said on Thursday any policy steps would probably have only a limited impact this year. Investors will look for clarity on President Trump’s plan on Tuesday when he addresses a joint session of Congress.

Utilities, up 1.4 percent were the best performing of the 11 major S&P sectors, lifted by a 3.1 gain in Public Service Enterprise Group after its quarterly results.

Financials, the best performing S&P sector since the election, weighed on both the Dow and S&P 500 with a decline of 0.75 percent as Treasury yields weakened. Also dragging the group lower was a 1.5 percent decline in Goldman Sachs to $247.35 after Berenberg cut its rating on the stock to “sell.”

The Dow extended its run of record-setting gains to 11, the longest streak since 1987.

Shares of Hewlett Packard Enterprise fell 6.9 percent to $22.96 after the company cut its full-year profit forecast.

J.C. Penney fell 5.8 percent to $6.46 after the department store operator reported a bigger-than-expected drop in same-store sales for the holiday quarter.

Advancing issues outnumbered declining ones on the NYSE by a 1.11-to-1 ratio; on Nasdaq, a 1.16-to-1 ratio favored decliners.

About 6.75 billion shares changed hands in U.S. exchanges, compared with the 6.8 billion daily average over the last 20 sessions.