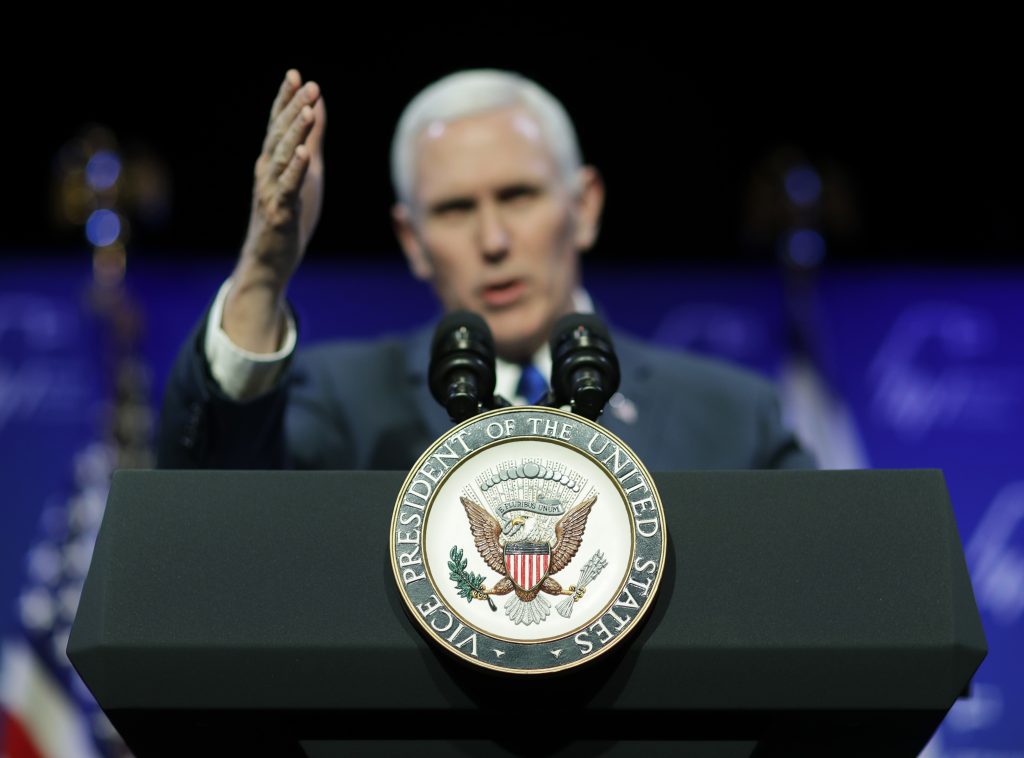 Vice President Mike Pence is assuring the Republican Jewish Coalition that he and President Donald Trump will work tirelessly on foreign and domestic issues important to the group, such as enacting business-friendly policies at home and supporting Israel abroad.

“If the world knows nothing else, the world will know this: America stands with Israel,” Pence told the group Friday. The Republican administration is “assessing” whether to move the U.S. Embassy to Jerusalem, he said, and has put Iran “on notice.”

VP Pence’s words served as evidence of the fruits of years of the politically active group’s labors. Its annual conference at billionaire donor Sheldon Adelson’s resort on the Las Vegas Strip has become a de facto campaign stop for Republican presidential candidates over the past few years. The RJC also drew the entire GOP presidential field to its December 2015 forum in Washington.

Now, with the first Republican White House in eight years, the group of Republican donors and Jewish leaders was among the first to hear from the new vice president.

VP Pence told the RJC that America’s bonds with Israel had already grown stronger under the young administration. President Barack Obama did not have a close relationship with Israeli Prime Minister Binyamin Netanyahu, and many Republican Jews saw the Obama administration as insufficiently supportive of Israel.

VP Pence also ticked through Trump’s domestic agenda, saying the president had already brought back American jobs. “This White House is in the promise-keeping business,” he said.

The vice president shared stories from his trip to Germany last weekend — his first abroad as vice president. He’d paid a visit to the former Dachau concentration camp, where thousands of Austrian and German Jews were among those imprisoned and killed. He was joined on the tour by a survivor of the Holocaust who was at Dachau when it was liberated by American soldiers at the end of World War II.

Pence also talked about how this week he had made a surprise visit to a Jewish cemetery in Missouri where more than 150 gravestones had been toppled and vandalized. Speaking through a bullhorn at the site, he said there was “no place in America for hatred or acts of prejudice or violence or anti-Semitism” and then picked up a rake and helped clean up the cemetery.