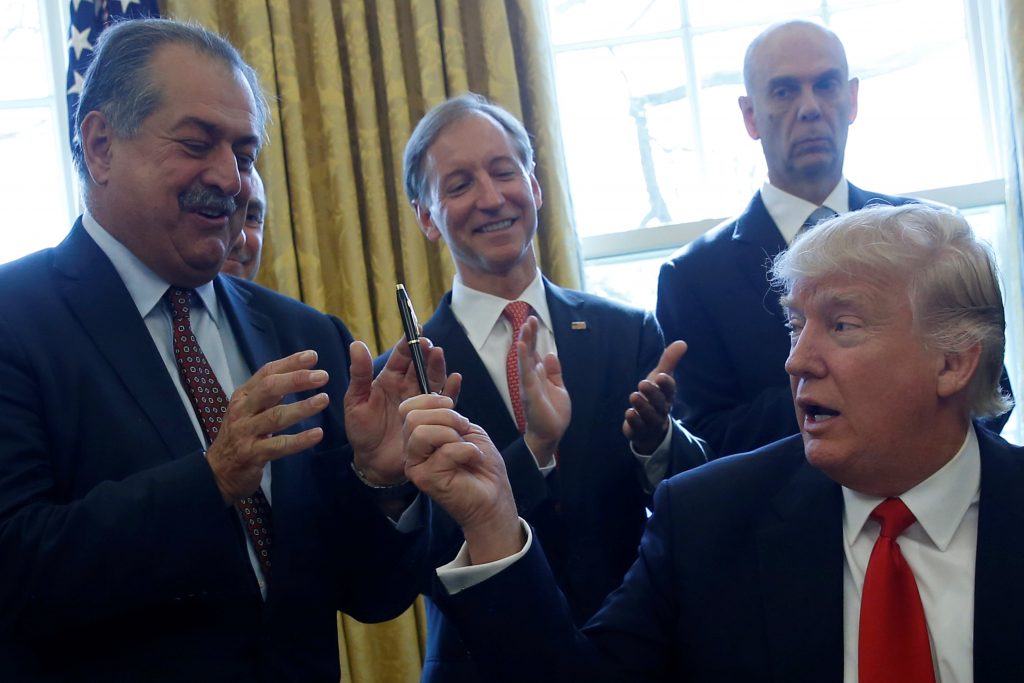 Trump said the order will direct each federal agency to establish a regulatory-reform task force. The task forces will then recommend which regulations they can simplify or eliminate.

The president has long argued that excessive regulations are “killing jobs, driving companies out of our country like never before.”

He says the regulatory burden is “an impossible situation” for big and small businesses, but that “we’re going to solve it very quickly.”

Trump signed the order in the Oval Office surrounded by top executives from major corporations.

He signed a previous order that instructed agencies to identify two regulations to eliminate for every new one they create.