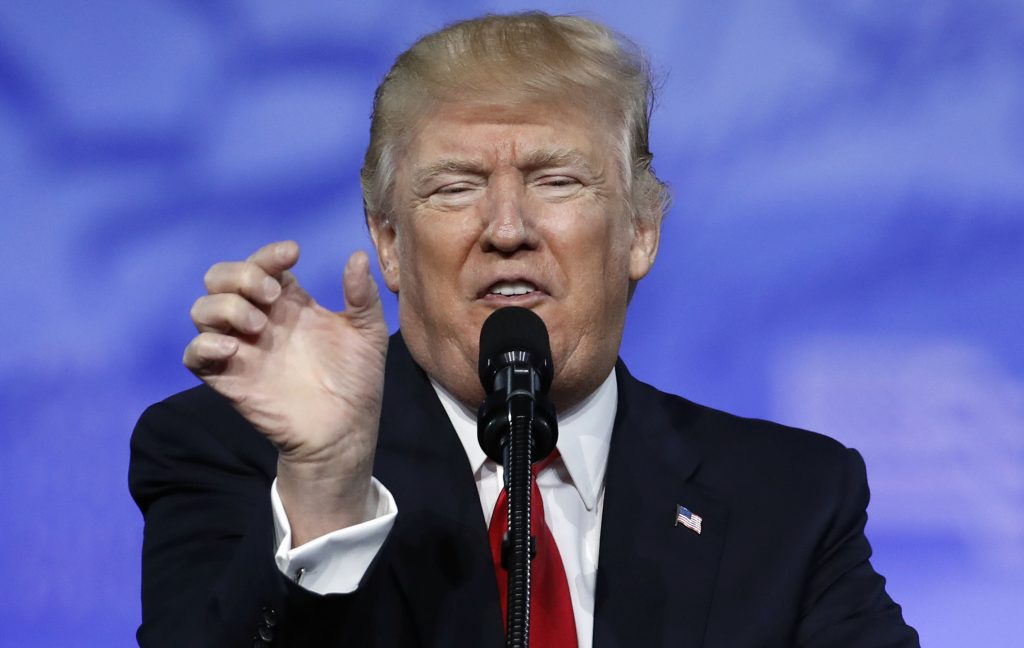 President Donald Trump on Friday criticized the FBI for its alleged inability to identify individuals within the government who leaked information about possible contacts between the president’s associates and Russia.

The president said the agency has been “totally unable” to prevent the actions of “leakers,” tweeting that such individuals have “permeated” the government apparatus for some time.

As often is the case during his morning tweets, which typically appear to be reacting to morning news-show segments, Trump wasn’t finished. He used a second tweet to say the FBI is unable to locate leakers within its own ranks.

The president warned that classified data is being handed to the media, which he says could “have a devastating effect on U.S.” He wrapped up the Twitter two-fer with what seems a social media-delivered directive to a federal law-enforcement agency: “FIND NOW”

Trump appeared to be responding to a CNN report that the White House asked the FBI to dispel media reports about Trump associates’ contacts with Russian officials during the 2016 election cycle.

Such contacts are rare, in part due to years-old limitations on White House contacts with federal law enforcement about and during ongoing investigations.

White House Press Secretary Sean Spicer responded to CNN on Thursday night to say the administration did not ask the FBI to refute the media reports: “We didn’t try to knock the story down. We asked them to tell the truth.”