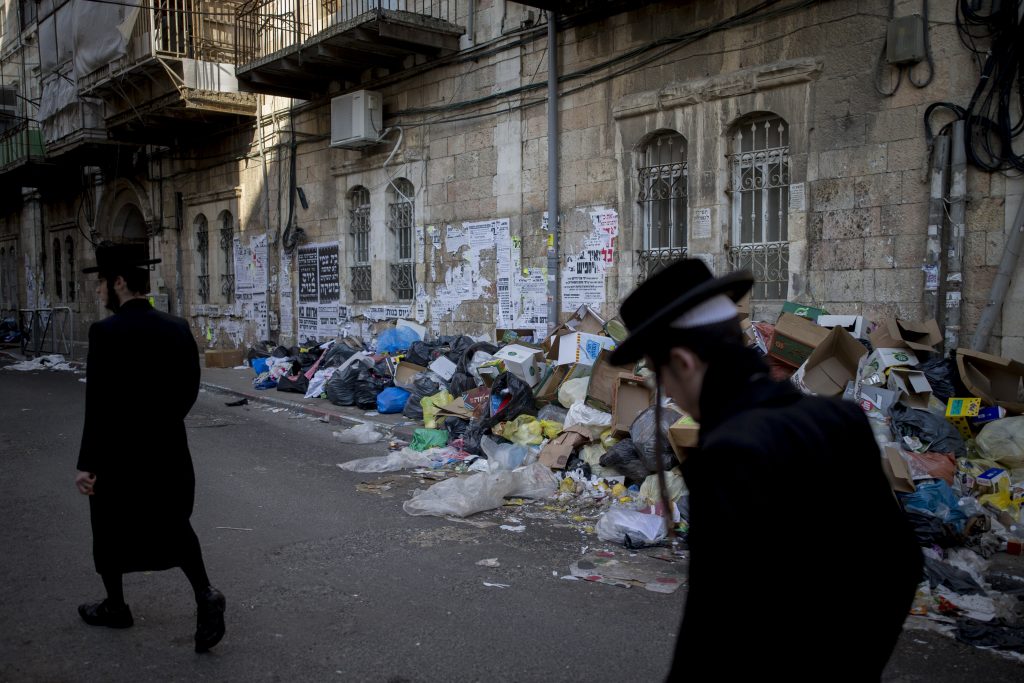 After a long and at times raucous negotiation process, an agreement was announced Thursday on funding for Yerushalayim. The agreement on an NIS 700 million allocation for the city was announced by the negotiation panel that had been appointed by Prime Minister Binyamin Netanyahu after a sharp debate between Finance Minister Moshe Kachlon and Yerushalayim Mayor Nir Barkat.

The panel was led by Eli Groner, director general of the Prime Minister’s Office, after marathon discussions involving the Ministries of Interior, Education, Health, Welfare, Culture and Tourism, along with the special Yerushalayim Ministry, headed by Ze’ev Elkin.

Over the past year, Yerushalayim has been the scene of ongoing labor tensions, as municipal workers – and later Barkat himself – shut down city services, complaining that the state was denying the city the money it needed to operate. The most recent strike took place at the end of January, in which essential city services – from schools to trash collection – were shut down for nearly a week. Trash piled up on sidewalks and city streets, and eventually storekeepers and peddlers in the Machaneh Yehudah market got so tired of the trash that they piled it up on the main line of the light rail that traverses Jaffa St. – causing light rail operators to halt service, as there was no one to remove the trash which was blocking the road.

According to city officials, the Finance Ministry was the cause of the problems, as it refused to provide the extra money Barkat said the city needs in order to operate properly. The “Yerushalayim Grant” stood at NIS 500 million in 2016, and the Treasury reportedly offered to increase that figure by 5 percent, to NIS 525 million. Barkat, however, claims that the city needs NIS 1.2 billion – more than double what the Ministry offered – and claimed that without it, the city cannot afford to continue operations. “At a time when Yerushalayim’s enemies seek to weaken its standing, we expect the Treasury to stand by our side and provide us with the necessary assistance, and not with excuses,” Barkat said when he called the strike. “Yerushalayim needs the budget that was agreed to, and we should not be forced to have to beg.”

The compromise of NIS 700 million would be sufficient to ensure city services could operate properly, Barkat said – but just barely. “I am happy that we were able to overcome this problem and solve the city’s funding issues,” he said in a statement. “This agreement is a great victory for Yerushalayim. The government recognized that there was a budget problem and worked to resolve it. Thanks to this agreement we will be able to avoid firing thousands of workers, and we will be able to continue to improve education, sanitation, culture, and employment services.”

Elkin, the minister for Yerushalayim affairs, said that the city “needs strengthening in many ways in order to enhance its status as Israel’s capital. This budget allocation is a strategic decision that will push the city forward, and I hope it is just the first step in ensuring the city’s financial and economic well-being.”