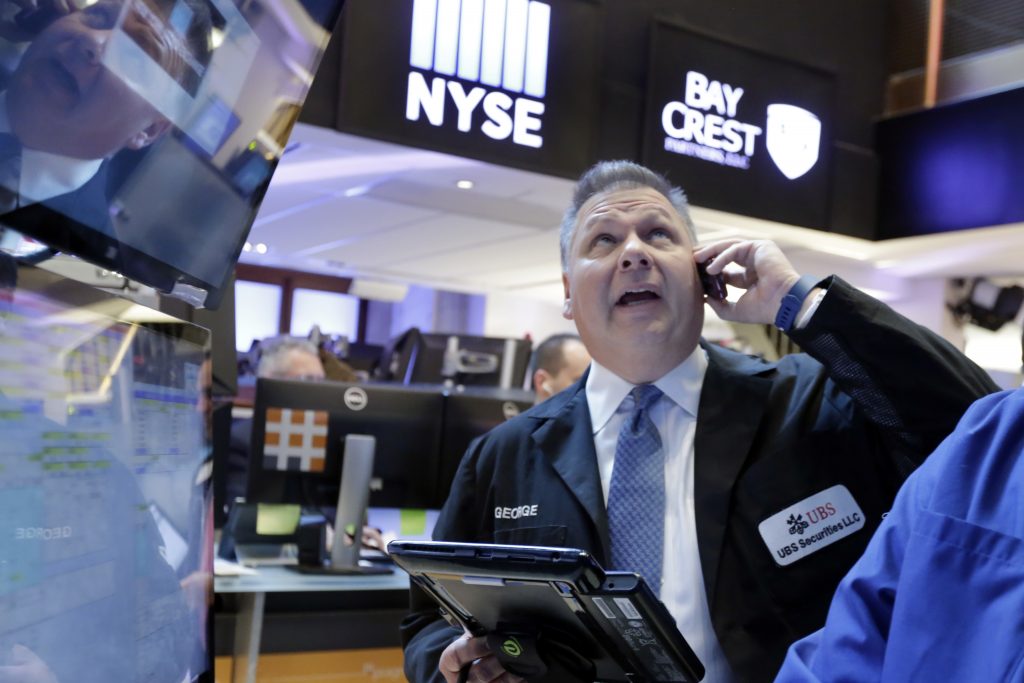 Major U.S. indexes are down Thursday following modest losses the day before. Industrial companies, which have surged in recent months, are slipping. Technology companies are trading lower, which could end a 15-day winning streak for the sector.

The S&P 500 and Nasdaq are on track for their biggest losses in February.

PC POWER: HP Inc. blew past analyst estimates in the fourth quarter, thanks to a 10 percent jump in revenue from personal computers. The company said Notebook sales jumped, which made up for lower printer revenue and flat desktop sales. The stock added $1.39, or 8.6 percent, to $17.59.

Income-seeking investors bought shares of utilities, real estate investment trusts, and other companies that tend to pay large dividends. FirstEnergy picked up 53 cents, or 1.8 percent, to $31.32, while Realty Income gained 97 cents, or 1.6 percent, to $62.11.

RECALL WOES: Boston Scientific sank after it said it will take all of its Lotus Valve devices off the market and from clinical testing sites because of a manufacturing problem. The device is intended to replace damaged or defective aortic valves. Last year the company announced a similar problem with a related product, its Lotus Edge Valve System. Boston Scientific stock lost 83 cents, or 3.3 percent, to $24.33.

FAIR AND SQUARE: Mobile payments processor Square jumped after it reported a larger profit than analysts expected. Wall Street was also pleased with the company’s forecasts for 2017. Square stock rose $1.92, or 12.8 percent, to $16.96 and reached an all-time high. The company went public in November 2015.

SWITCHING COURSE: Communications technology company Arris gave a weak sales forecast. The company also said it will team up with Broadcom to buy Brocade Communications’ Ruckus Wireless and ICX Switch business for about $800 million. Wall Street appeared to take a dim view of that move.