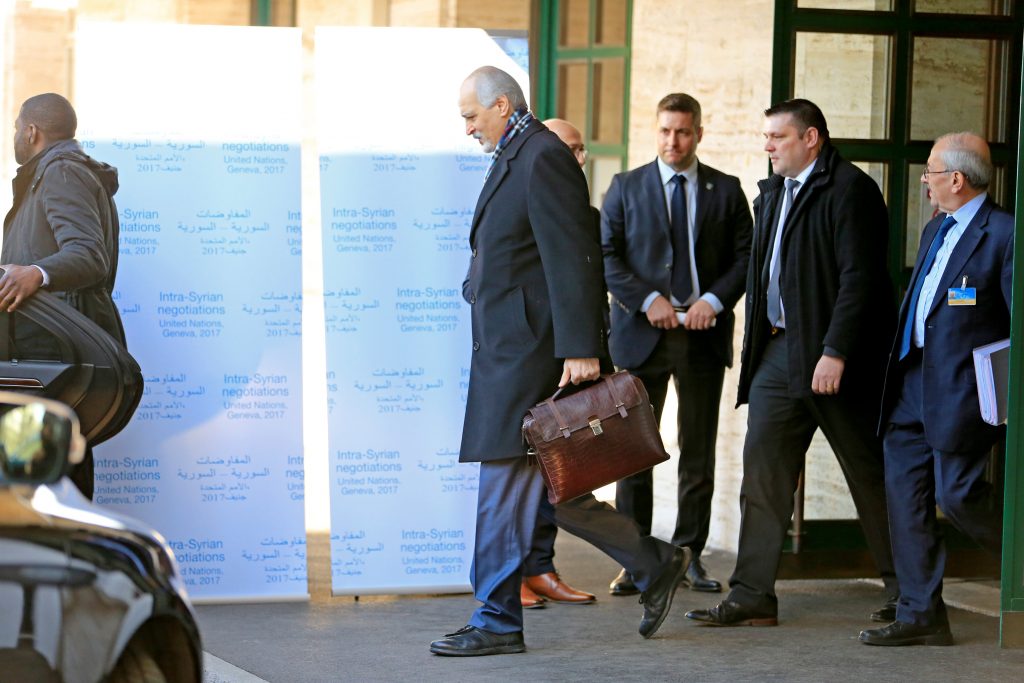 Syrian peace talks under the auspices of the United Nations resumed in Geneva on Thursday, 10 months after falling apart over escalating bloodshed in the war-torn country.

He later met with the head of the opposition delegation in Geneva, Yahya Kadamani, and Nasr Hariri, a senior member of the largest opposition group, the Syrian National Coalition.

The talks are the latest bid to end the country’s catastrophic six-year war that has killed hundreds of thousands of people and displaced millions more.

The Geneva talks come after cease-fire discussions in Astana, Kazakhstan, that were coordinated largely by Turkey and Russia, whose air power has supported Assad’s forces. In those meetings, the two sides sat face to face and a fragile ceasefire has since been mostly holding, though violations occur daily.

Assad’s forces were able to expel rebel fighters in December from a longtime stronghold on the eastern side of the city of Aleppo, which was Syria’s economic capital and largest city before the war began.

Speaking ahead of the Geneva meeting, an opposition delegation spokesman told AP that they hoped to achieve “at least something at the human dimension: lifting the siege in certain areas, getting aid to those who are besieged.”

This is the fourth round of negotiations since early last year. The talks are taking place amid a hard-won, fragile truce brokered by Turkey and Russia, which have backed opposite sides in the six-year civil war.

Opposition delegates have been arriving in Geneva since Wednesday and some held late night meetings in preparation for the talks.