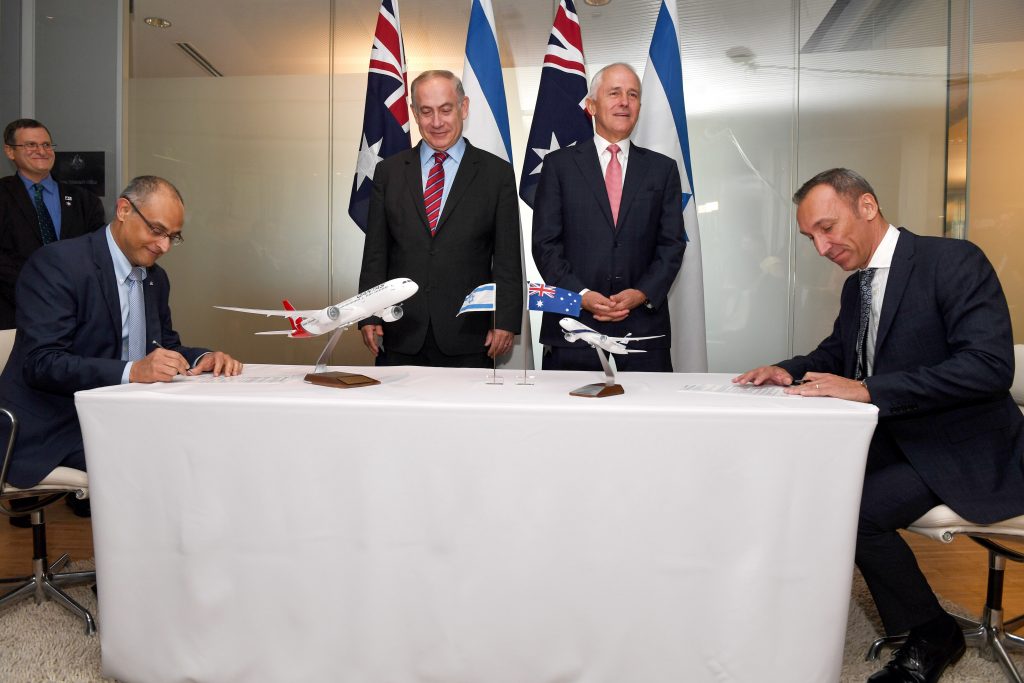 Bilateral trade is currently worth about $1 billion a year, with Israel sending less than 1 percent of its exports Down Under and Australian products accounting for just 0.3 percent of Israel’s imports.

“Our trade is $1 billion. It should be at least double or triple that,” Netanyahu said as he sat for talks with Prime Minister Malcolm Turnbull and Australian government ministers in Sydney.

“I’d like to encourage the Australian and Israeli companies to increase in trade,” he said.

“If I did the shlep, they should do it too,” he added, referring to the 8,800-mile journey between Sydney and Tel Aviv.

His comments came after he and Turnbull oversaw the signing of agreements for more cooperation between Israel and Australia on technological innovation and air services during the second day of his four-day visit.