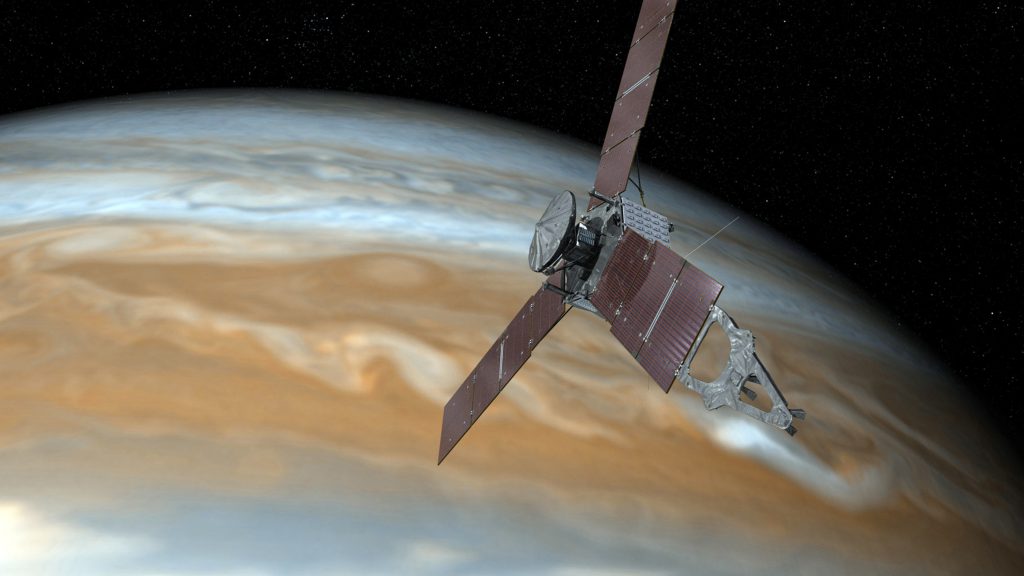 NASA’s Jupiter-circling spacecraft is stuck making long laps around the gas giant because of sticky valves.

After repeated delays, NASA decided late last week to scrap an engine firing that would have shortened the orbit. Officials said the maneuver is too risky because of the valve problem.

Only the second spacecraft to orbit Jupiter, Juno has been circling the planet since July.

NASA said the quality of science won’t be affected and stressed that stunning pictures of Jupiter will keep coming this way. But it will take more time to gather the data, given Juno’s longer loops. The mission will have to be extended at tens of millions of extra dollars if scientists are to collect everything under the original plan. It’s already a billion-dollar mission.

On the plus side, according to scientists, Juno now will spend less time in Jupiter’s abrasive radiation belts.

“The decision to forego the burn is the right thing to do — preserving a valuable asset so that Juno can continue its exciting journey of discovery,” NASA’s Thomas Zurbuchen, the science mission associate administrator, said in a statement. He added that the pictures from Juno “are nothing short of amazing.”

Juno is able to peer through Jupiter’s clouds to see what’s going on in the atmosphere. Jupiter is the fifth from our sun, with at least 67 moons.

Every orbit, Juno swoops within 2,600 miles (4,200 kilometers) of Jupiter’s cloud tops. The most recently completed orbit was three weeks ago; the next close flyby will come at the end of March.

Whenever Juno’s mission does end, the spacecraft will end up diving into Jupiter’s atmosphere and burning up, meteor-style. It was launched in 2011 from Cape Canaveral.