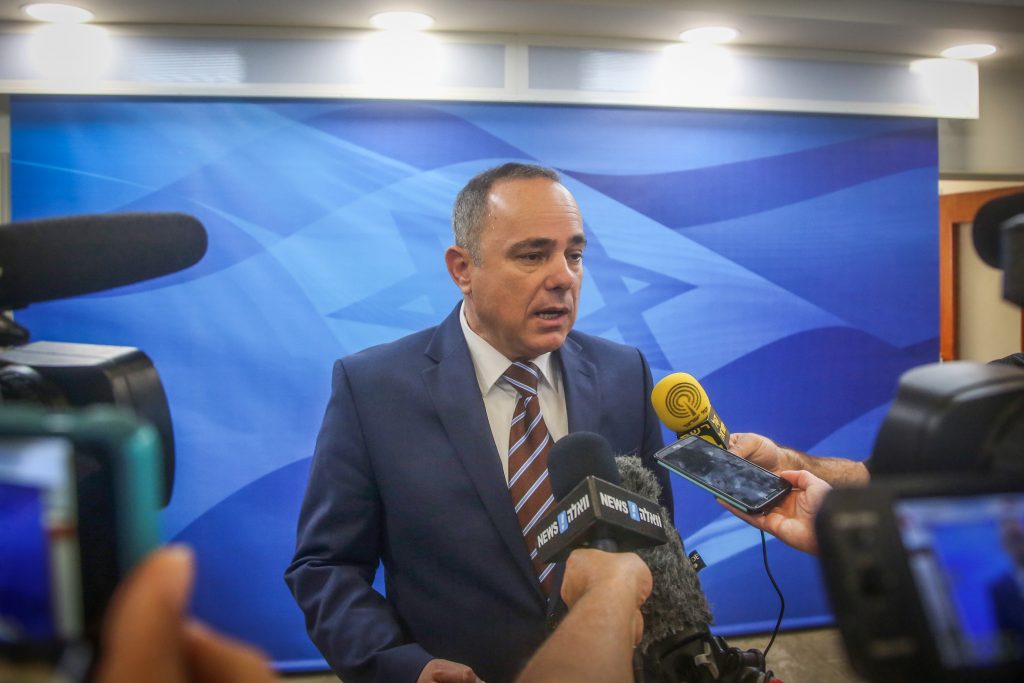 In an historic decision ending years of delay and uncertainty, the developers of the Leviathan natural gas field off the Israeli coast, announced on Thursday that they would invest $3.75 billion for development.

Israel’s Delek Group and the Houston-based Noble Energy filed their plan, to be implemented over three years, with the Tel Aviv Stock Exchange filing Thursday.

Delek Drilling CEO Yossi Abu hailed it as the launching of “the largest energy project in the history of Israel, that will also serve as one of the region’s energy anchors.”

Minister of National Infrastructures, Energy and Water Resources, Yuval Steinitz, welcomed it as a hard-fought victory over stubborn opposition from the center-left who charged that the government was colluding with the companies to short-change Israel’s taxpayers of royalties on profits. The state also had to contend with a ruling by the High court that the clause protecting the developers from changes in the taxation structure was unconstitutional, necessitating renegotiation and revision of an earlier agreement.

“As I have already committed to, the Leviathan gas field will be developed on my watch. We will all have profits in revenues to the state, cleaner air for us and our children, and increased energy security. The final investment decision by Noble and the other partners puts an end to the claims by those opposed to the gas outline agreement who have tried to block it throughout the process. If we continue to move forward responsibly and determinedly, we will succeed in discovering more gas fields and positioning Israel as an important player in the energy market for our neighbors in the Middle East and Europe,” Steinitz said.

The decision was further interpreted as a major setback to the BDS movement.

Eli Groner, director-general of the Prime Minister’s Office, told The Jerusalem Post on Thursday that at a time when “the Israeli government is going to such efforts to thwart BDS, this is a great victory,” said Groner, who was a prominent participant in negotiations with Delek and Noble.

“Almost tragically, there were many voices within Israel from the populist side that did everything in their power to thwart this investment,” Groner said. “But thanks to the leadership of Prime Minister Netanyahu and Energy Minister Yuval Steinitz, the haters were not able to succeed; and Noble was convinced that this is a place that’s worthwhile to invest in. The next stage is to ensure that many other energy exploratory companies form around the world will invest here.”

From Australia, Netanyahu concurred: “This is a good news day for the economy and citizens of Israel,” he wrote on Twitter. “The move will provide a supply of gas to the state of Israel and will advance our cooperation with regional partners.”

Leviathan has an estimated potential for billions of dollars in domestic and export contracts. A $10 billion deal was signed in September with Jordan, and talks are underway for the sale of gas to Turkey or to Royal Dutch Shell Plc’s liquefied natural gas plant in Egypt.