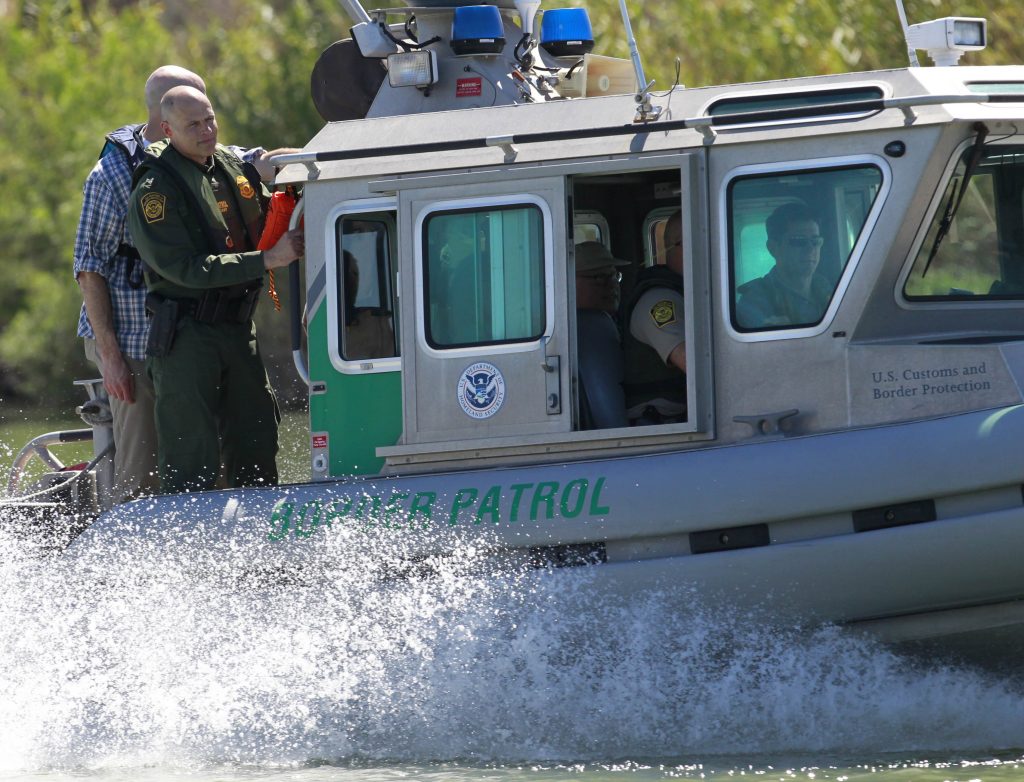 U.S. House Speaker Paul Ryan visited the Rio Grande valley on Wednesday for a firsthand look at the U.S.-Mexico border as the Trump administration steps up immigration enforcement and prepares to ask Congress to pay for a border wall.

It was the first time the Wisconsin Republican had visited the border, and protesters gathered to meet his arrival in McAllen, Texas, with hand-painted signs protesting President Trump’s policies. Ryan led a small group of fellow Republicans on the trip, including Rep. Michael McCaul of Texas, who chairs the Homeland Security Committee in the House.

In McAllen, Ryan came face to face with some of the challenges that may arise in building a wall along the entire 2,000-mile border, which includes much remote and inhospitable terrain as well as the Rio Grande, the river between Texas and Mexico. He met with local officials and toured the area by boat and helicopter, and even briefly rode on a horse.

“When you see with your own eyes the many challenges facing our law enforcement professionals along the border, it gives you even greater respect for the work that they do, day in and day out. But more tools and more support are needed for them to do their jobs effectively,” Ryan said in a statement after the visit. “Congress is committed to securing the border and enforcing our laws, and together with the Trump administration, we will get this done.”

President Donald Trump has not yet formalized his request to Congress to pay for the wall he promised during his campaign. It’s expected to cost $15 billion or more, making it uncertain whether Congress will go along. Trump has promised Mexico will pay, but Mexico says it won’t, and Trump has never spelled out how that would happen, anyway.

The administration is rolling out new policies to fight illegal immigration and subjecting millions of people who are in the country to deportation, even for minor infractions. A group called La Union del Pueblo Entero announced it was protesting Ryan’s visit “in order to show the opposition of border residents to the current presidential administration’s immigration and border policies.”

According to The Monitor newspaper, protesters were asking to meet with Ryan, but he did not meet with them.