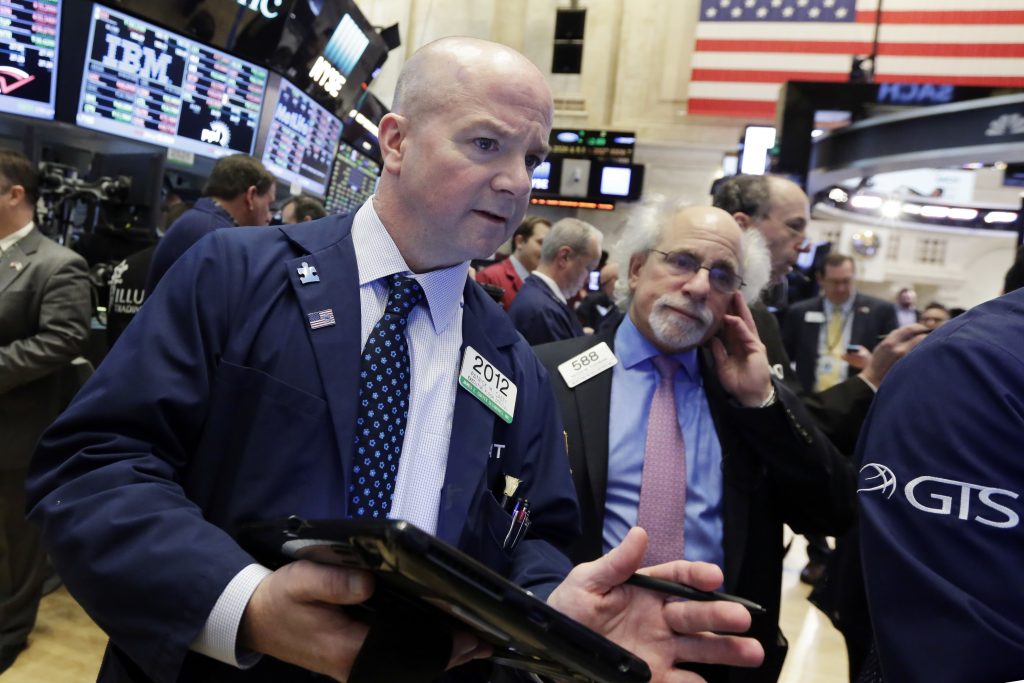 The S&P 500 and the Nasdaq slipped on Wednesday as investors awaited the Federal Reserve’s minutes from its most recent meeting for clues on the timing of the next interest rate hike.

However, the Dow Jones Industrial Average hit a record intraday high for the eighth time in nine sessions, powered by a 4 percent gain in DuPont shares.

Policymakers, including Fed Chair Janet Yellen, have been hinting at the possibility of a rate hike at an upcoming meeting. But traders have priced in slim chances of a move until June, despite a string of strong economic data in recent months.

“It is no more a question of whether they will raise rates, but when they are going to do it,” said Jim Davis, regional investment manager at U.S. Bank Private Client Group in Springfield, Illinois.

Six of the 11 major S&P sectors were lower, with energy falling the most. Three sectors were little changed, while materials and health gained.

Garmin shares were the top percentage gainers on the S&P, rising 8.7 percent after the GPS-devices maker posted its fifth-straight quarterly profit and sales beat.