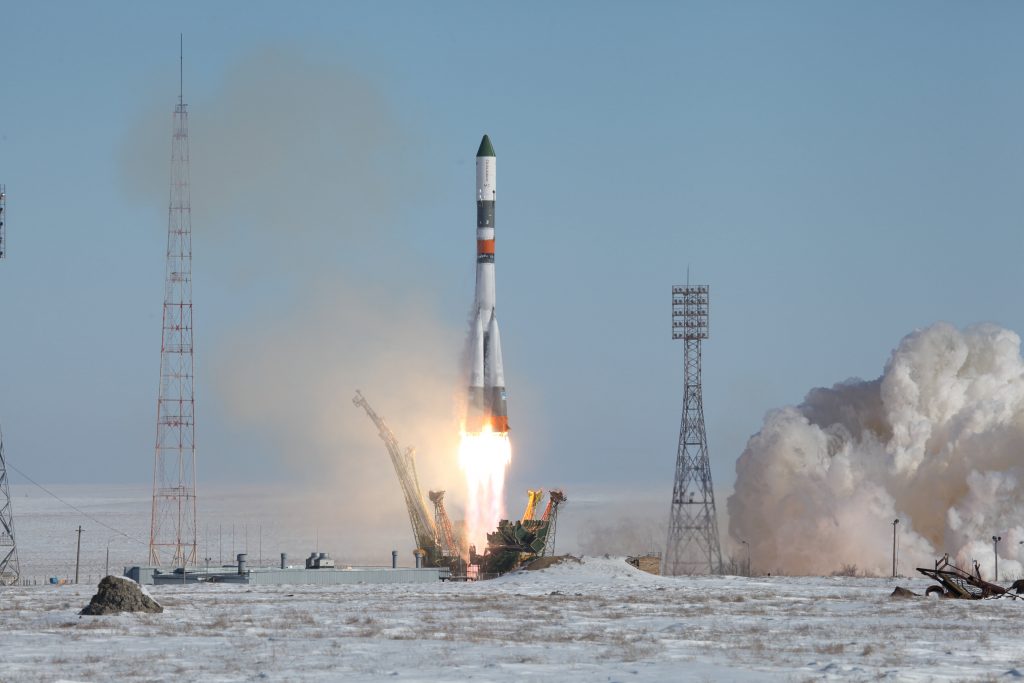 A Russian Progress cargo spacecraft blasted off for the International Space Station from the Baikonur cosmodrome in Kazakhstan on Wednesday, the first such mission since a failed launch in December.

The spacecraft, carried by the same Soyuz booster rocket as used for manned launches, took off at 11:58 local time with the launch broadcast live by NASA. It is due to dock with the space station on Feb.24.

The previous Progress craft, loaded with more than 2-1/2 tons of food and supplies for the space station, broke apart about six minutes after liftoff on Dec.1.

Another cargo craft, Dragon, launched by privately owned Space Exploration Technologies, or SpaceX, is due to rendezvous later in the day with the space station where astronauts will use a robotic arm to grab and load it to a docking port.

NASA hopes to resume flying station crew members from the United States in 2018 aboard capsules under development by Boeing Co and SpaceX.