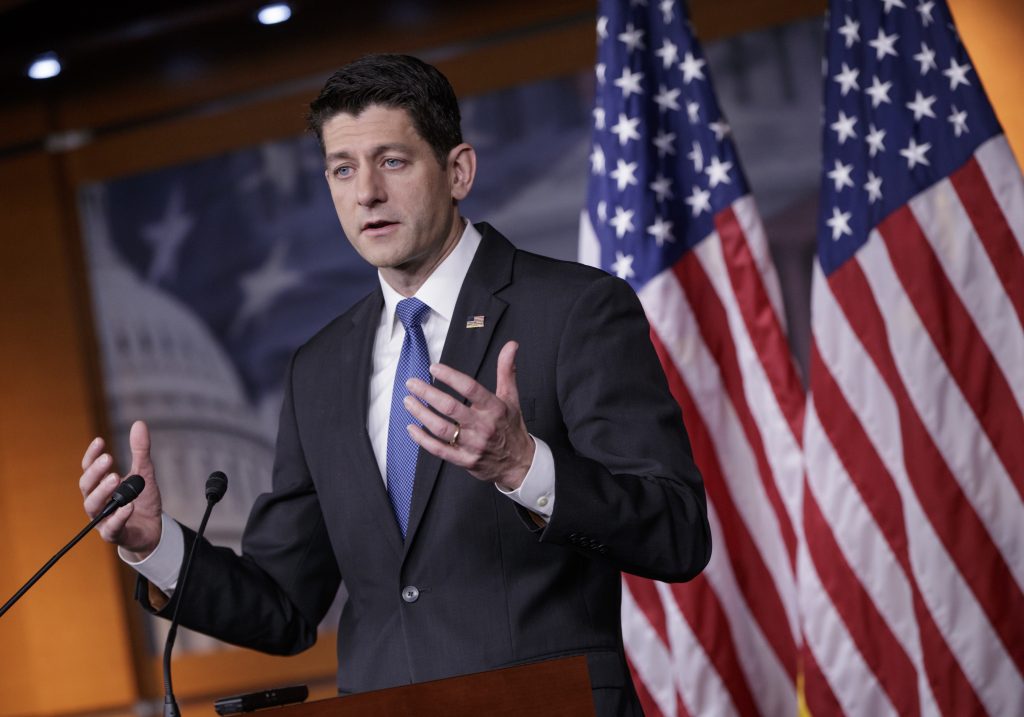 House Speaker Paul Ryan is leading a delegation of lawmakers to the U.S.-Mexico border this week as Congress debates how to pay for President Donald Trump’s campaign promise to build a wall to keep out undocumented immigrants.

It will be the first trip to the U.S-Mexico line for the Wisconsin Republican, who arrived in Texas on Monday to attend a fundraiser with members of the state’s GOP delegation. On Wednesday, Mr. Ryan is scheduled to visit the U.S. Border Patrol station in McAllen for a daylong tour of the Rio Grande Valley. With a small group of House Republicans led by top Homeland Security officials, Mr. Ryan will “examine the challenges of securing our border and learn more about the issues facing border communities,” spokeswoman AshLee Strong said.

The delegation will include Rep. Michael McCaul, R-Texas, chairman of the House Committee on Homeland Security.

Mr. Ryan’s office released few details about the agenda. The Monitor of McAllen reported that the tour will include an aerial look at the region, a visit to a holding facility where immigrants are processed and a trip to the Rio Grande River and the Anzalduas Bridge, where trucks travel to and from Mexico with goods every day.

Mr. Ryan’s trip comes as Mr. Trump’s pledge to reshape the U.S. immigration system and Congress’ role in funding the plan take center stage in the new administration. Sen. John Cornyn, R-Texas, who has led frequent delegations to the border, is taking a separate delegation of five senators and representatives to the area this week.

On Tuesday, with the administration’s travel ban blocked by the courts for now, Homeland Security officials released new guidelines that allow federal authorities to take stronger enforcement actions against undocumented immigrants, although they cautioned that the directives are not intended to produce mass deportations.

Meanwhile, Congress is beginning to assess the cost of building a border wall, the president’s signature campaign promise. Mr. Trump has vowed to make Mexico cover the cost, but the Mexican government has balked at that plan. Right now the project has no reliable price tag. Mr. Trump has estimated the cost at $8 billion. Recent congressional legislation pegged the number at $10 billion, and construction experts say it could be more than double that.

Congressional Republicans seem amenable to underwriting the wall themselves — at least at first — although some budget hawks have said they want cuts to other federal spending to compensate. About 600 miles of the 2,000 mile Southern border are currently covered by fencing that ranges in height from three to about 20 feet.

McAllen is a fast-growing city of 141,000 on the southern tip of Texas in the Rio Grande Valley, which last year ranked as the busiest sector for illegal border crossings from Mexico and Central America. The river snakes through the region, forming the natural border between the U.S. and Mexico. It serves as a reminder of the complicated topography of building a wall, since rivers, mountains and other rugged terrain make up much of the area.

Mr. Cornyn has taken a more nuanced approach than the president and some lawmakers to building a wall, saying that enforcement and technology must accompany any physical obstacle.

His delegation visited a detention center, Border Patrol checkpoint and location where undocumented immigrants, and sometimes drugs, are hidden by smugglers.