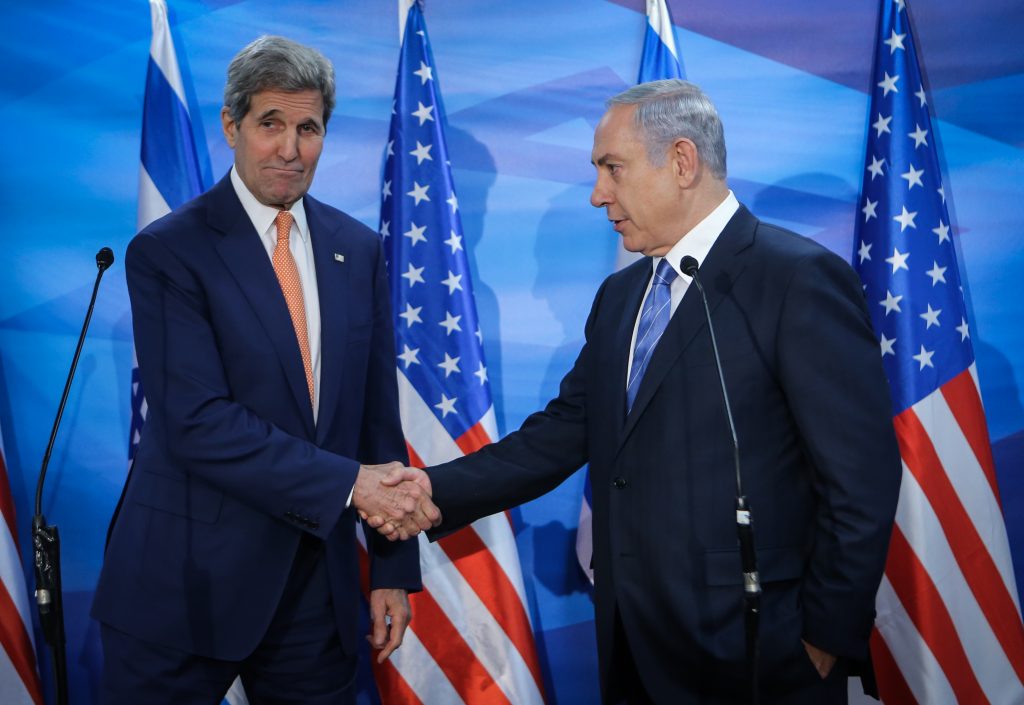 The report that appeared earlier this week alleging that Israeli Prime Minister Binyamin Netanyahu had blocked a Mideast peace settlement in 2015 due to coalition politics has been denied by a senior Israeli diplomatic official.

The official claimed on Israel Radio late Tuesday that it was the insistence of U.S. Secretary of State John Kerry that Israel and the Palestinians adopt his proposals —“dictating terms” — that prevented the sides from reaching an agreement. Although he did not elaborate on what those terms were, it was probably a reference to the outline Kerry presented just before his departure at the end of the Obama administration.

The story, which first appeared on Sunday in Haaretz, blaming the breakup of talks in Aqaba about a year ago on Netanyahu, was the concoction of U.S. officials or Zionist Camp chairman Isaac Herzog, who have a vested interested in vilifying Netanyahu, the source alleged.

Netanyahu has confirmed that a meeting did take place on February 21, 2016, attended by himself, Kerry, Egyptian President Abdel-Fattah el-Sissi and Jordan’s King Abdullah. But no official comment has been forthcoming from his office about the reason the talks failed.