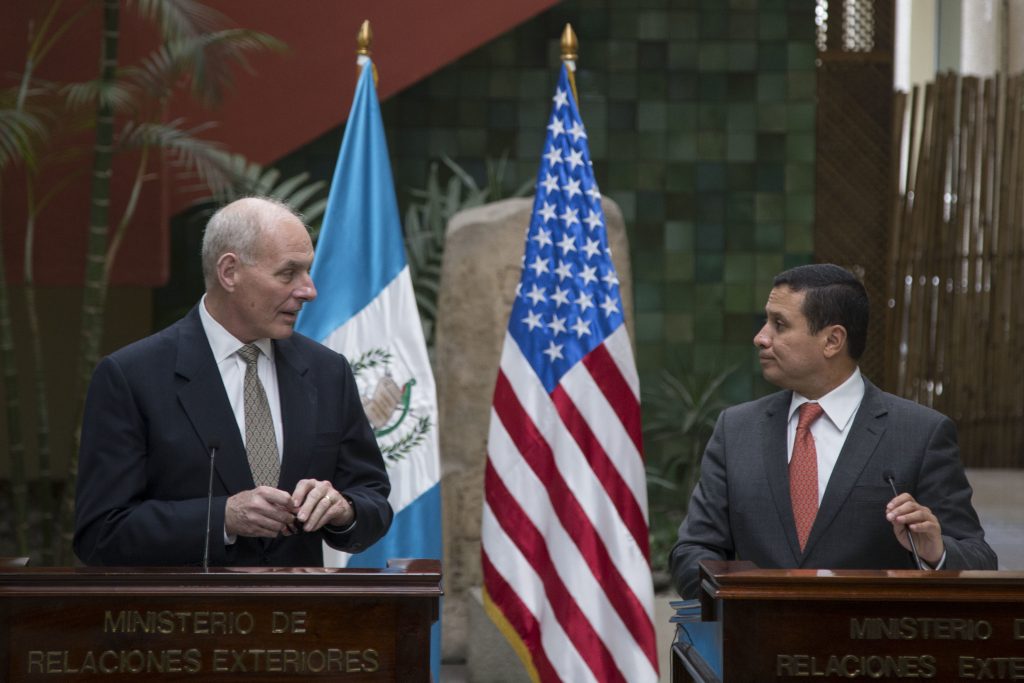 U.S. Secretary of Homeland Security John Kelly said Wednesday on a visit to Guatemala that there won’t be mass deportations by the Unites States, but he strongly discouraged any Guatemalans from considering the journey north.

The executive orders issued by President Donald Trump on border security and immigration enforcement will result in people trying to enter the U.S. illegally being caught at the border, where they will be “treated fairly and humanely and returned to their home countries,” Kelly said.

“There will be no mass roundups,” he said. But those caught “will be returned to their country much quicker than has been the case for the last decade or so.”

Guatemalan Foreign Minister Carlos Raul Morales said after President Jimmy Morales’ meeting with Kelly that “the most important thing is that they have told us that there will not be mass deportations, and that they will be focused precisely on those people who represent a security threat or who have committed a crime.”

Kelly focused on discouraging Guatemalans from making what he called the “very, very dangerous” trip through Mexico trying to reach the United States.

“My sincere advice to any citizen considering moving to the United States and crossing our boundaries in irregular migration, my best advice is to not do it,” he said. “It’s an extremely dangerous journey and the very, very considerable amount of money you have to pay the ‘coyotes’ will be lost because we are beefing up, that is to say reinforcing our turn-back efforts on the border.”

Kelly did not address policies published Tuesday that suggest U.S. immigration agents could deport Central American migrants to Mexico if they entered from that country.