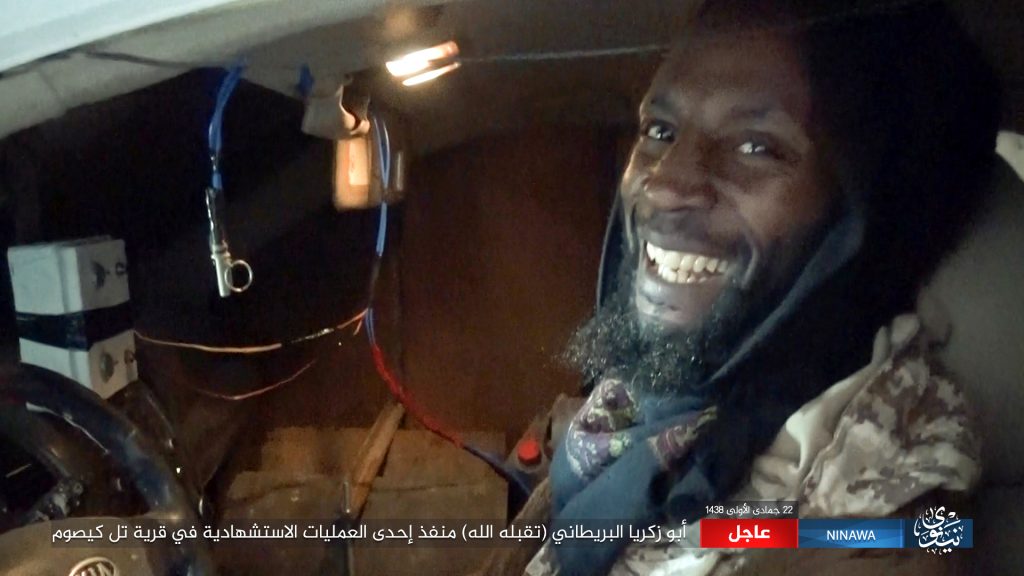 An Islamic State suicide bomber from Britain who blew himself up in an attack on Iraqi forces this week had been given compensation for his detention in the Guantanamo Bay military prison, Western security sources said on Wednesday.

Islamic State said Abu-Zakariya al-Britani, a British citizen who was originally known as Ronald Fiddler and then cast himself as Jamal Udeen al-Harith, detonated a car bomb at an Iraqi army base southwest of Mosul this week.

The terror group also published a photograph of the smiling bomber surrounded by wires in the seat of what appeared to be the car in which he blew himself up.

The Islamic State statements could not be independently verified by Reuters, but three Western security sources said it was highly likely that Britani was the bomber and is now dead.

Britain made a civil damages settlement with British former Guantanamo Bay inmates in 2010 but did not disclose the size of the payouts, citing confidentiality agreements, then-Justice Secretary Kenneth Clarke told parliament at the time.

The Daily Mail reported that Britani had been awarded $1.25 million by the British government after claiming British agents knew or were complicit in his alleged mistreatment.

Originally from the northern English city of Manchester, he converted to Islam in his 20s. He was detained in Afghanistan by U.S. special forces and taken to Guantanamo in 2002.

He was released in 2004 after the government of then-Prime Minister Tony Blair lobbied for his release. He later travelled to Syria to fight with the Islamic State terror group.

Britain’s foreign ministry declined to comment on the death of Britani but said it had advised for some time against all travel to Syria and large parts of Iraq.